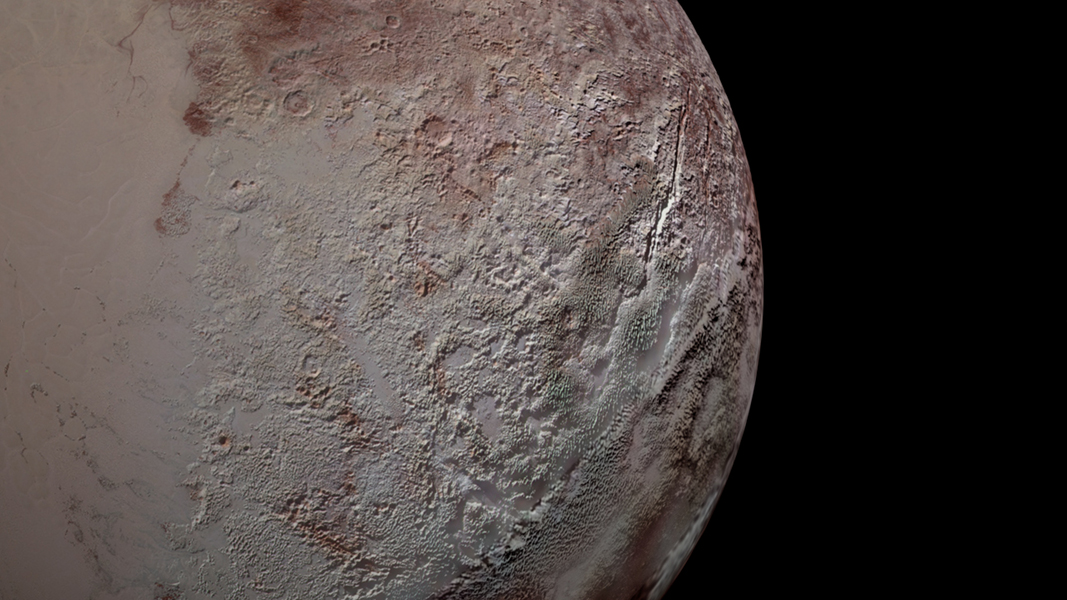 Explanation: Imaged during the New Horizons spacecraft flyby in July 2015, Pluto's bladed terrain is captured in this close-up of the distant world. The bizarre texture belongs to fields of skyscraper-sized, jagged landforms made almost entirely of methane ice, found at extreme altitudes near Pluto's equator. Casting dramatic shadows, the tall, knife-like ridges seem to have been formed by sublimation. By that process, condensed methane ice turns directly to methane gas without passing through a liquid phase during Pluto's warmer geological periods. On planet Earth, sublimation can also produce standing fields of knife-like ice sheets, found along the high plateau of the Andes mountain range. Known as penitentes, those bladed structures are made of water ice and at most a few meters tall.