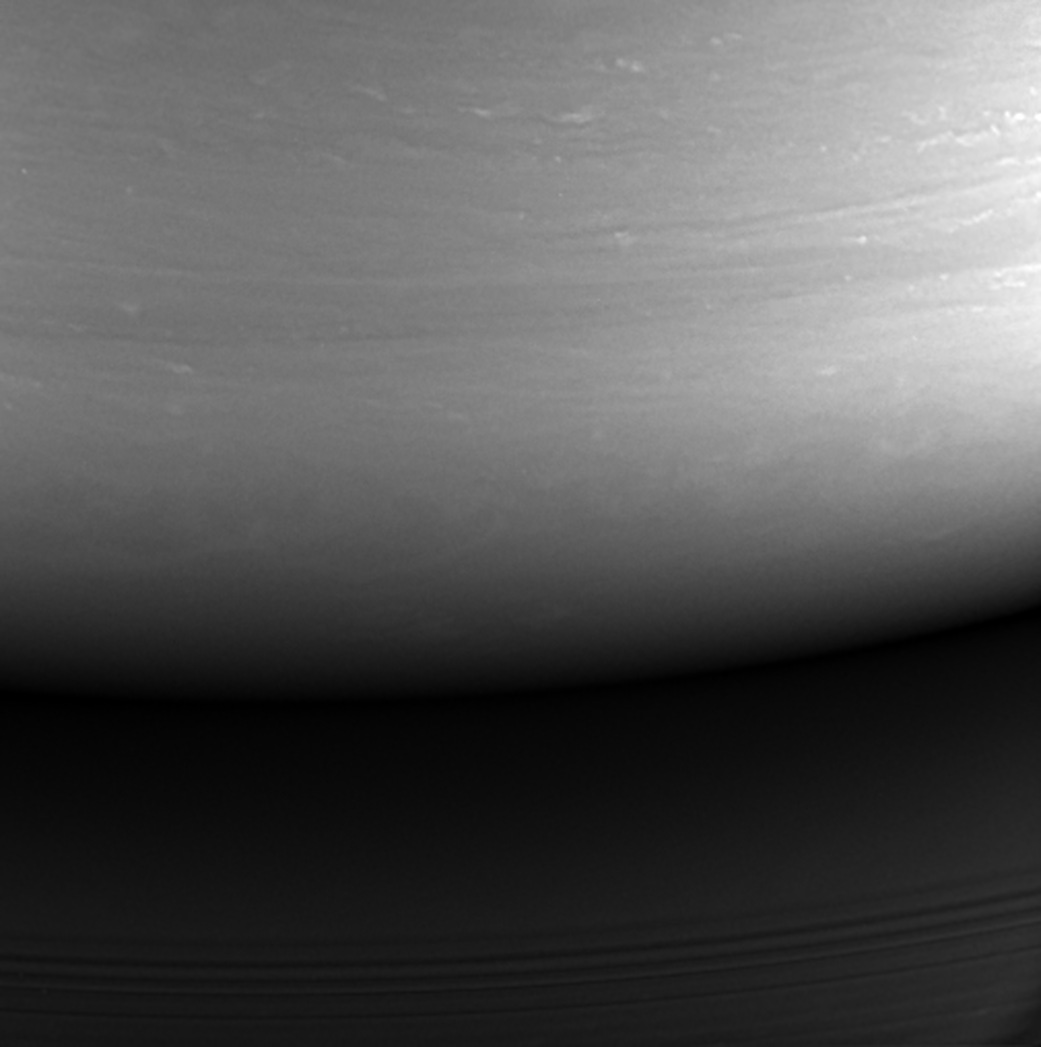 Explanation: As planned, the Cassini spacecraft impacted the upper atmosphere of Saturn on September 15, after a 13 year long exploration of the Saturnian System. With spacecraft thrusters firing until the end, its atmospheric entry followed an unprecedented series of 22 Grand Finale dives between Saturn and rings. Cassini's final signal took 83 minutes to reach planet Earth and the Deep Space Network antenna complex in Canberra Australia where loss of contact with the spacecraft was recorded at 11:55 UT. For the spacecraft, Saturn was bright and the Sun was overhead as it plowed into the gas giant planet's swirling cloud tops at about 70,000 miles (113,000 kilometers) per hour. But Cassini's final image shows the impact site hours earlier and still on the planet's night side, the cloud tops illuminated by ringlight, sunlight reflected from Saturn's rings.