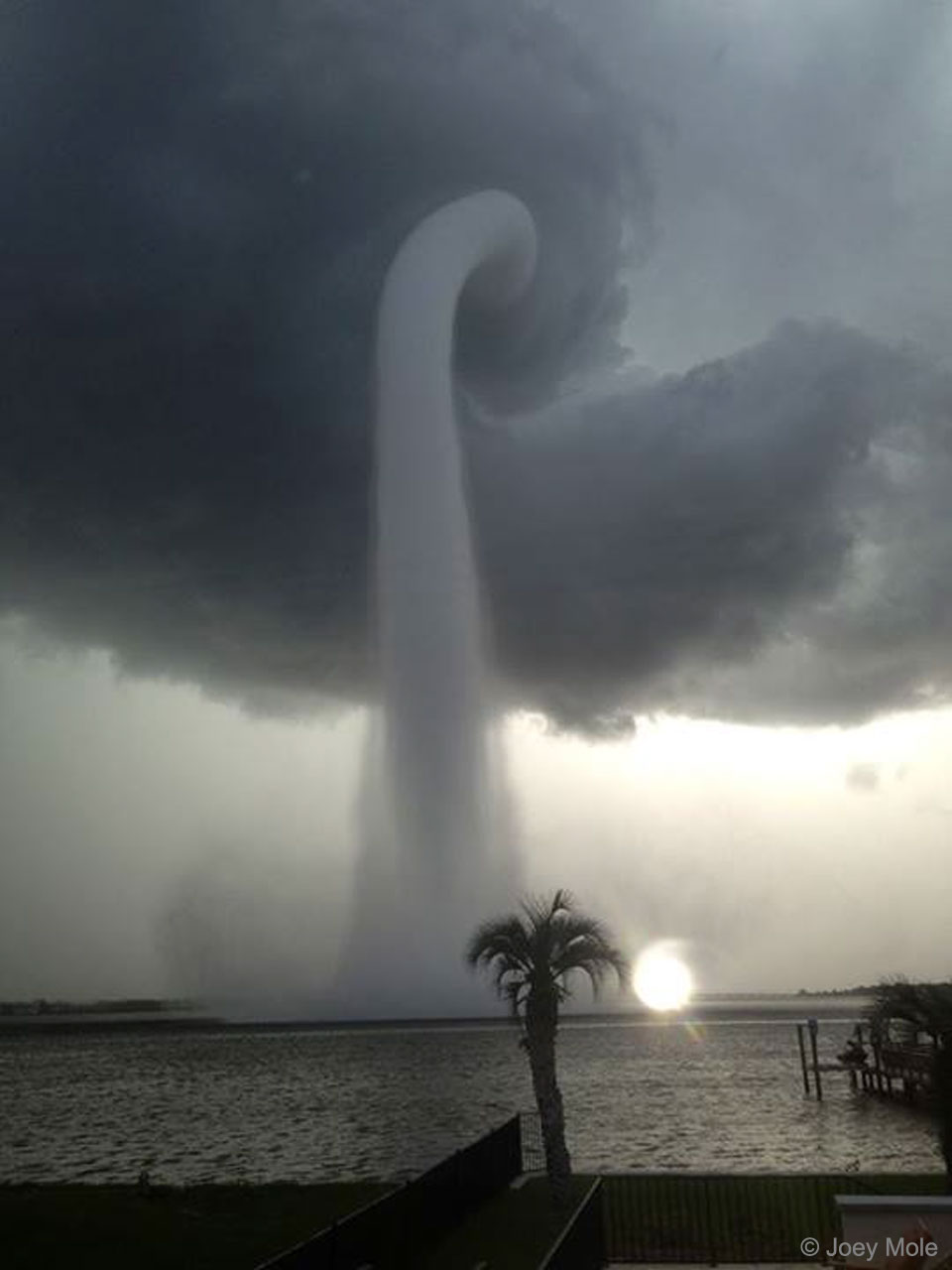 Explanation: What's happening over the water? Pictured here is one of the better images yet recorded of a waterspout, a type of tornado that occurs over water. Waterspouts are spinning columns of rising moist air that typically form over warm water. Waterspouts can be as dangerous as tornadoes and can feature wind speeds over 200 kilometers per hour. Some waterspouts form away from thunderstorms and even during relatively fair weather. Waterspouts may be relatively transparent and initially visible only by an unusual pattern they create on the water. The featured image was taken in 2013 July near Tampa Bay, Florida. The Atlantic Ocean off the coast of Florida is arguably the most active area in the world for waterspouts, with hundreds forming each year. Some people speculate that waterspouts are responsible for some of the losses recorded in the Bermuda Triangle.