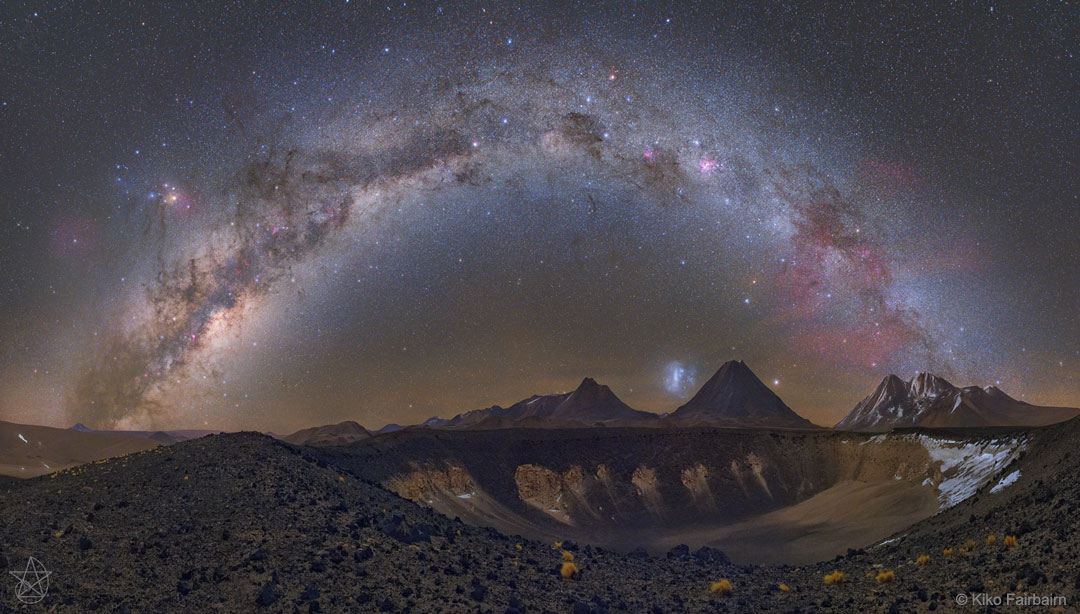 Explanation: Sometimes, the sky mimics the ground. Taken in 2017 May from the Atacama Desert in Chile, the foreground of the featured image encompasses the dipping edge of the caldera of an extinct volcano. Poetically echoing the dip below is the arch of our Milky Way Galaxy above. Many famous icons dot this southern nighttime vista, including the center of our Milky Way Galaxy on the far left, the bright orange star Antares also on the left, the constellation of the Southern Cross near the top of the arch, and the red-glowing Gum Nebula on the far right. Just above the horizon and splitting two distant volcanic peaks near the image center is the Large Magellanic Cloud -- the largest satellite galaxy of the Milky Way.