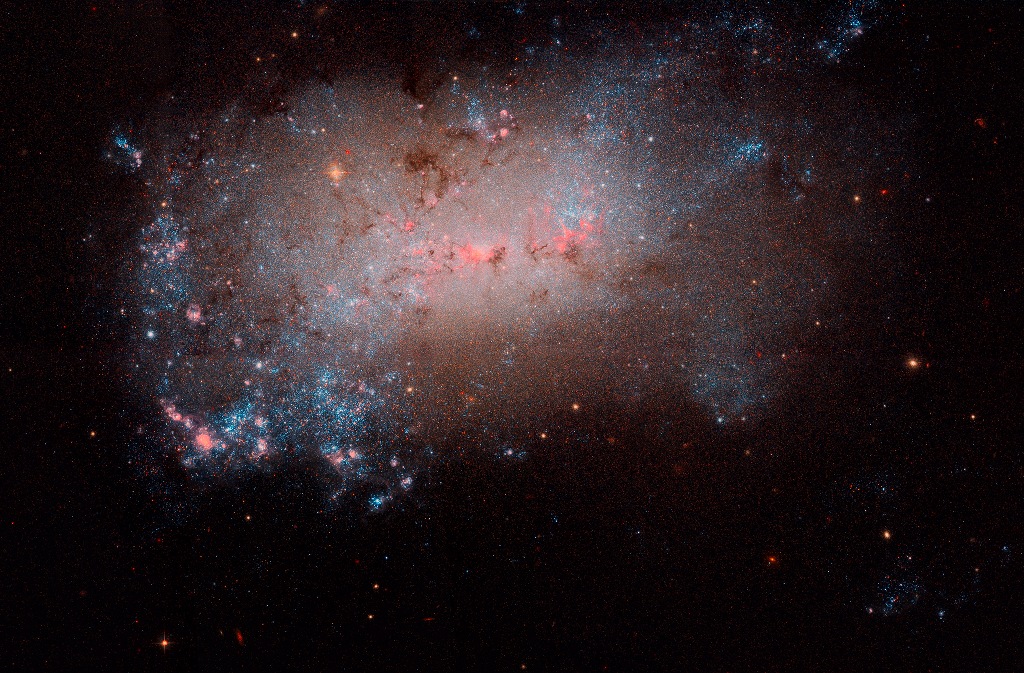 Explanation: Grand spiral galaxies often seem to get all the glory. Their young, blue star clusters and pink star forming regions along sweeping spiral arms are guaranteed to attract attention. But small irregular galaxies form stars too, like NGC 4449, about 12 million light-years distant. Less than 20,000 light-years across, the small island universe is similar in size, and often compared to our Milky Way's satellite galaxy, the Large Magellanic Cloud (LMC). This remarkable Hubble Space Telescope close-up of the well-studied galaxy was reprocessed to highlight the telltale reddish glow of hydrogen gas. The glow traces NGC 4449's widespread star forming regions, some even larger than those in the LMC, with enormous interstellar arcs and bubbles blown by short-lived, massive stars. NGC 4449 is a member of a group of galaxies found in the constellation Canes Venatici. It also holds the distinction of being the first dwarf galaxy with an identified tidal star stream.