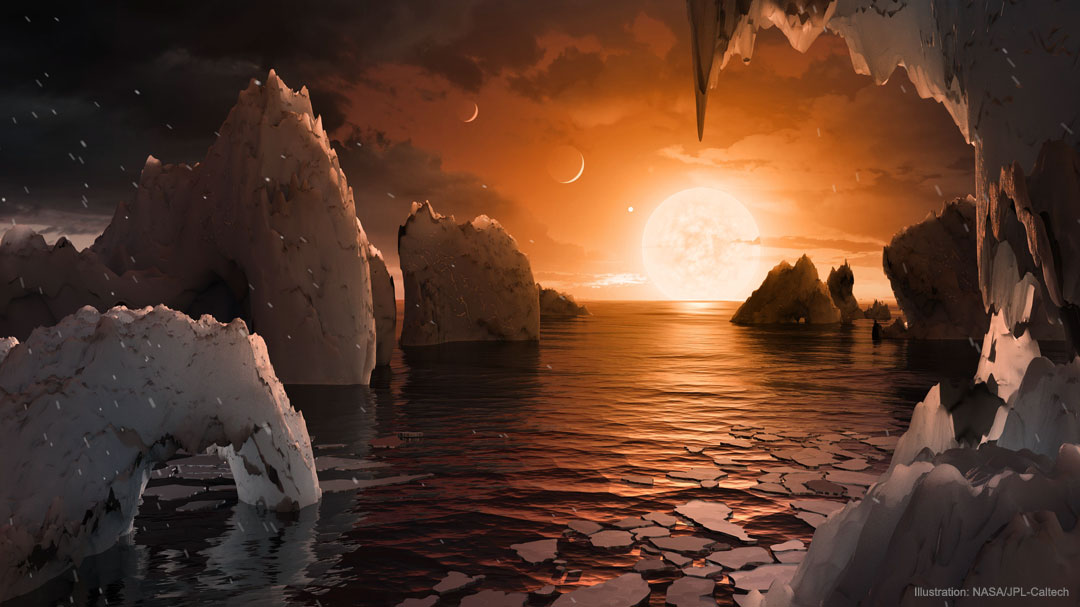 Explanation: If you could stand on the surface of the newly discovered Earth-sized exoplanet TRAPPIST-1f, what would you see? Presently, no Earthling knows for sure, but the featured illustration depicts a reasoned guess based on observational data taken by NASA's Sun-orbiting Spitzer Space Telescope. In 2017, four more Earth-sized planets were found by Spitzer, including TRAPPIST-1f, in addition to three discovered in 2015 from the ground. From the planet's surface, near the mild terminator between night and day, you might see water, ice, and rock on the ground, while water-based clouds might hover above. Past the clouds, the small central star TRAPPIST-1 would appear more red than our Sun, but angularly larger due to the close orbit. With seven known Earth-sized planets -- many of which pass near each other -- the TRAPPIST-1 system is not only a candidate to have life, but intercommunicating life -- although a preliminary search has found no obvious transmissions.