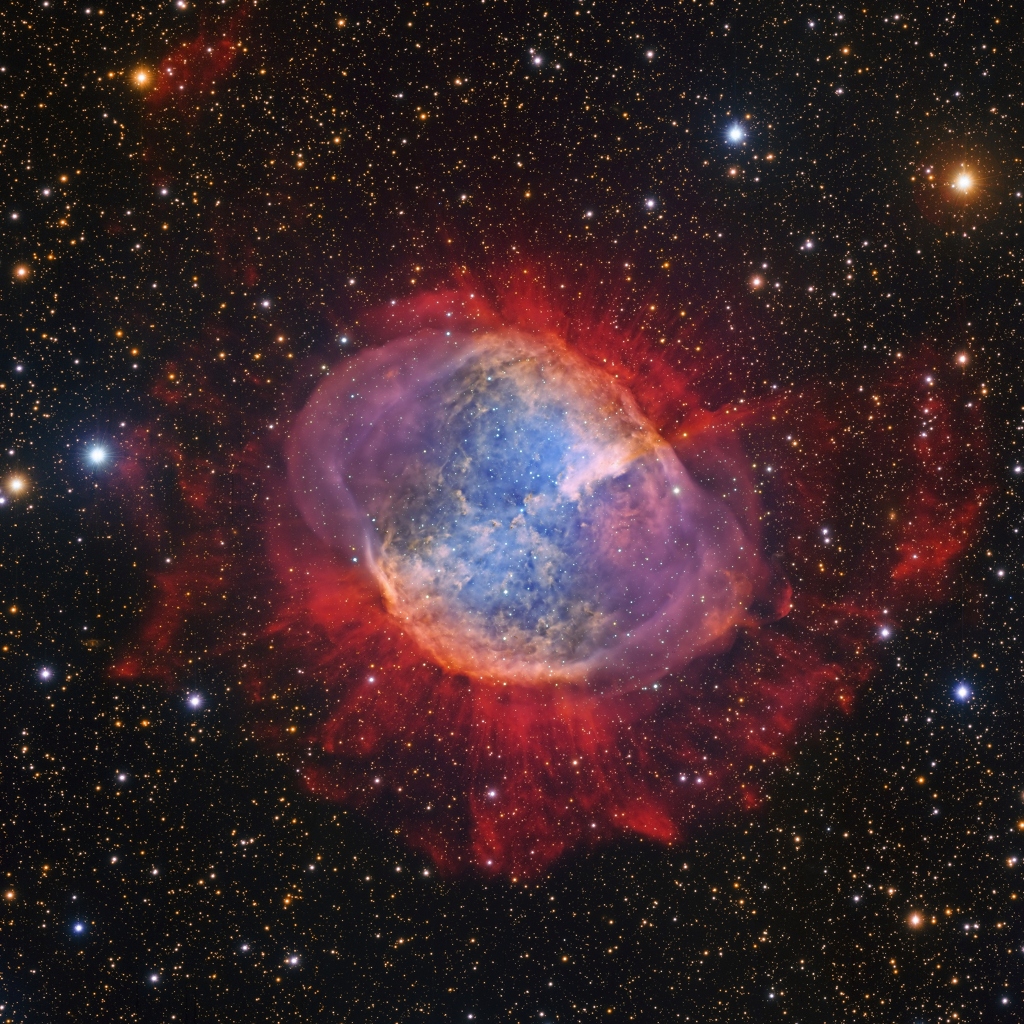 Explanation: While hunting for comets in the skies above 18th century France, astronomer Charles Messier diligently kept a list of the things he encountered that were definitely not comets. This is number 27 on his now famous not-a-comet list. In fact, 21st century astronomers would identify it as a planetary nebula, but it's not a planet either, even though it may appear round and planet-like in a small telescope. Messier 27 (M27) is an excellent example of a gaseous emission nebula created as a sun-like star runs out of nuclear fuel in its core. The nebula forms as the star's outer layers are expelled into space, with a visible glow generated by atoms excited by the dying star's intense but invisible ultraviolet light. Known by the popular name of the Dumbbell Nebula, the beautifully symmetric interstellar gas cloud is over 2.5 light-years across and about 1,200 light-years away in the constellation Vulpecula. This spectacular color image incorporates broad and narrowband observations recorded by the 8.2 meter Subaru telescope.