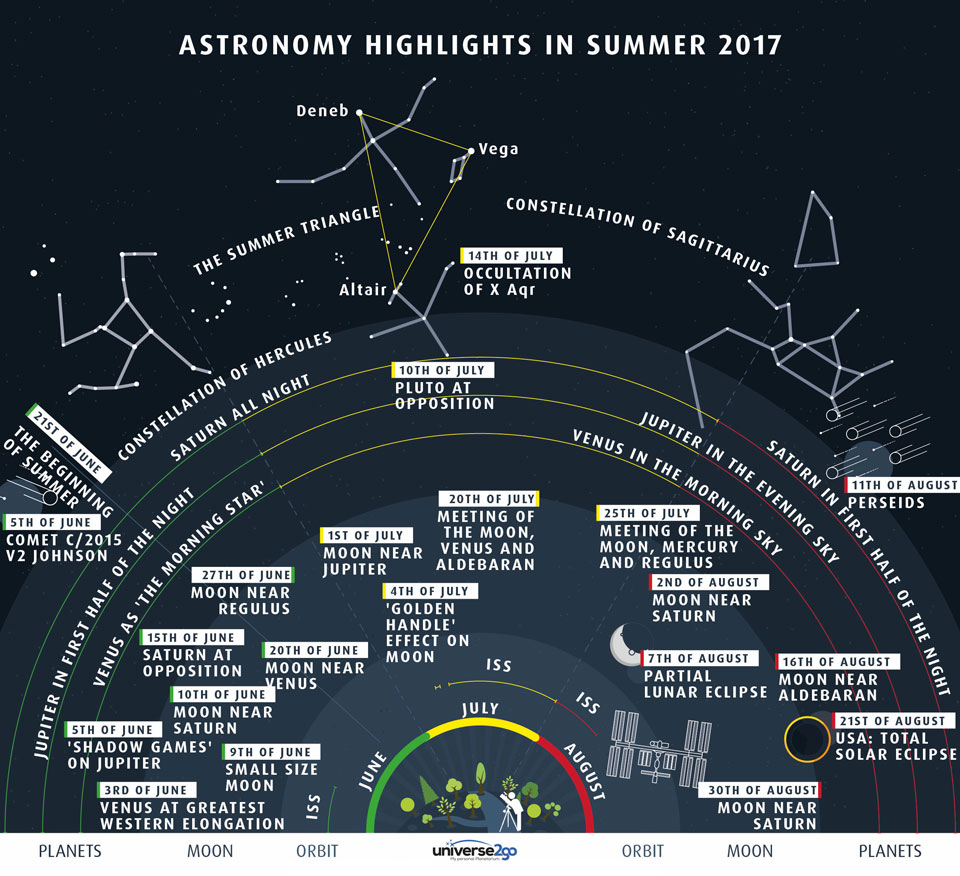 Explanation: What's up in the sky this summer? The featured graphic gives a few highlights for Earth's northern hemisphere. Viewed as a clock face centered at the bottom, early summer sky events fan out toward the left, while late summer events are projected toward the right. Objects relatively close to Earth are illustrated, in general, as nearer to the cartoon figure with the telescope at the bottom center -- although almost everything pictured can be seen without a telescope. Highlights of this summer's sky include that Jupiter will be visible after sunset during June, while Saturn will be visible after sunset during August. A close grouping of the Moon, Venus and the bright star Aldebaran will occur during mid-July. In early August, the Perseids meteor shower peaks. Surely the most famous pending astronomical event occurring this summer, though, will be a total eclipse of the Sun visible over a thin cloud-free swath across the USA on 21 August.