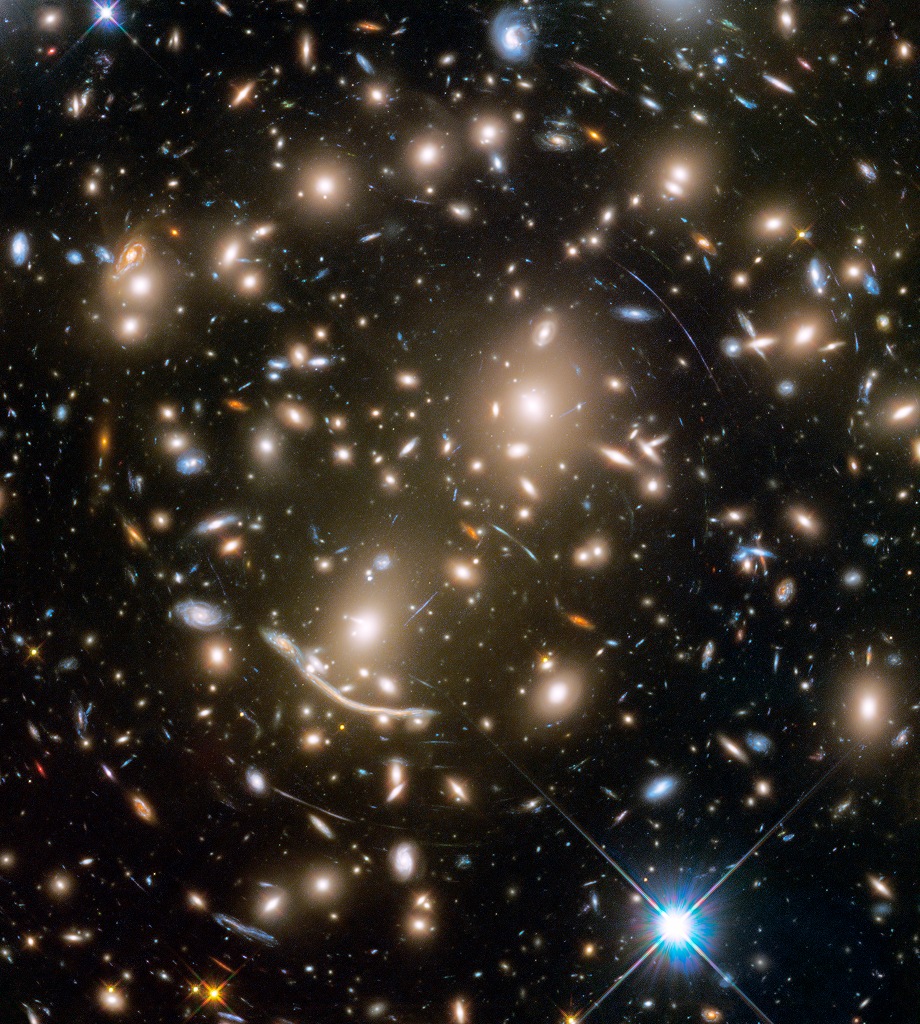 Explanation: Some 4 billion light-years away, massive galaxy cluster Abell 370 only appears to be dominated by two giant elliptical galaxies and infested with faint arcs in this sharp Hubble Space Telescope snapshot. The fainter, scattered bluish arcs along with the dramatic dragon arc below and left of center are images of galaxies that lie far beyond Abell 370. About twice as distant, their otherwise undetected light is magnified and distorted by the cluster's enormous gravitational mass, dominated by unseen dark matter. Providing a tantalizing glimpse of galaxies in the early universe, the effect is known as gravitational lensing. A consequence of warped spacetime it was first predicted by Einstein a century ago. Far beyond the spiky foreground Milky Way star at lower right, Abell 370 is seen toward the constellation Cetus, the Sea Monster. It is the last of six galaxy clusters imaged in the recently concluded Frontier Fields project.