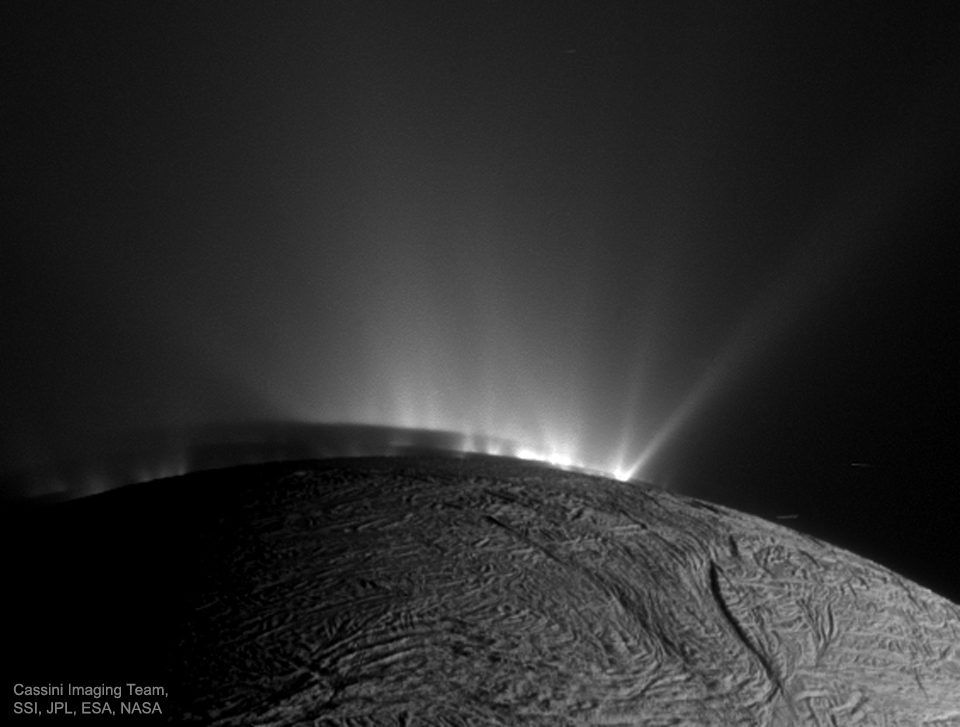 Explanation: Does Enceladus have underground oceans that could support life? The discovery of jets spewing water vapor and ice was detected by the Saturn-orbiting Cassini spacecraft in 2005. The origin of the water feeding the jets, however, was originally unknown. Since discovery, evidence has been accumulating that Enceladus has a deep underground sea, warmed by tidal flexing. Pictured here, the textured surface of Enceladus is visible in the foreground, while rows of plumes rise from ice fractures in the distance. These jets are made more visible by the Sun angle and the encroaching shadow of night. A recent fly-through has found evidence that a plume -- and so surely the underlying sea -- is rich in molecular hydrogen, a viable food source for microbes that could potentially be living there.