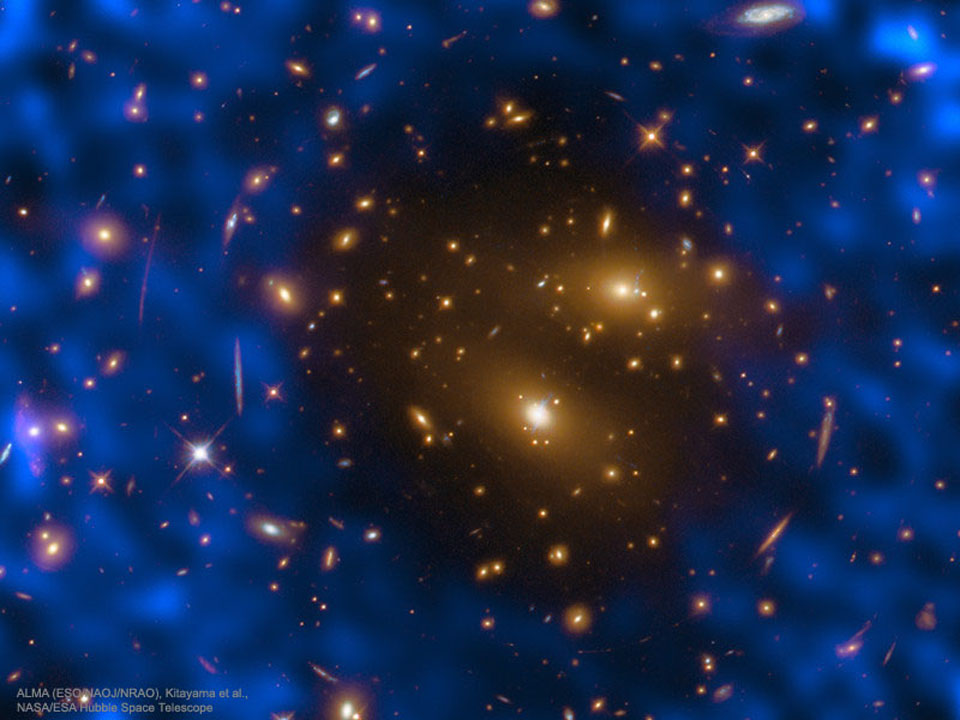 Explanation: Why would this cluster of galaxy punch a hole in the cosmic microwave background (CMB)? First, the famous CMB was created by cooling gas in the early universe and flies right through most gas and dust in the universe. It is all around us. Large clusters of galaxies have enough gravity to contain very hot gas -- gas hot enough to up-scatter microwave photons into light of significantly higher energy, thereby creating a hole in CMB maps. This Sunyaev–Zel'dovich (SZ) effect has been used for decades to reveal new information about hot gas in clusters and even to help discover galaxy clusters in a simple yet uniform way. Pictured is the most detailed image yet obtained of the SZ effect, now using both ALMA to measure the CMB and the Hubble Space Telescope to measure the galaxies in the massive galaxy cluster RX J1347.5-1145. False-color blue depicts light from the CMB, while almost every yellow object is a galaxy. The shape of the SZ hole indicates not only that hot gas is present in this galaxy cluster, but also that it is distributed in a surprisingly uneven manner.