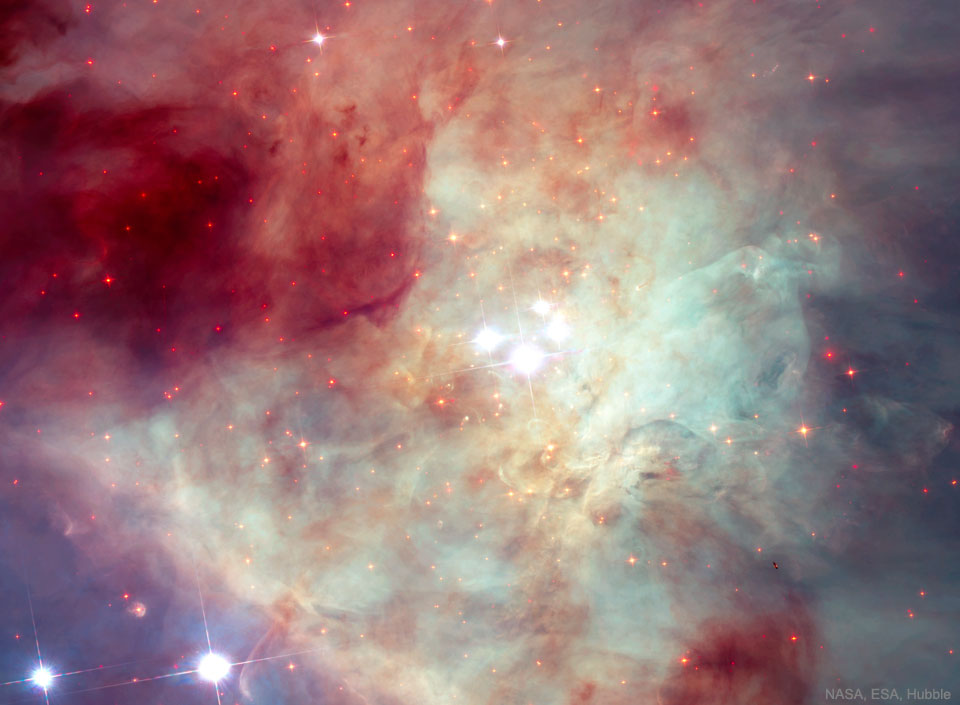 Explanation: Start with the constellation of Orion. Below Orion's belt is a fuzzy area known as the Great Nebula of Orion. In this nebula is a bright star cluster known as the Trapezium, marked by four bright stars near the image center. The newly born stars in the Trapezium and surrounding regions show the Orion Nebula to be one of the most active areas of star formation to be found in our area of the Galaxy. In Orion, supernova explosions and close interactions between stars have created rogue planets and stars that rapidly move through space. Some of these fast stars have been found by comparing different images of this region taken by the Hubble Space Telescope many years apart. Many of the stars in the featured image, taken in visible and near-infrared light, appear unusually red because they are seen through dust that scatters away much of their blue light.