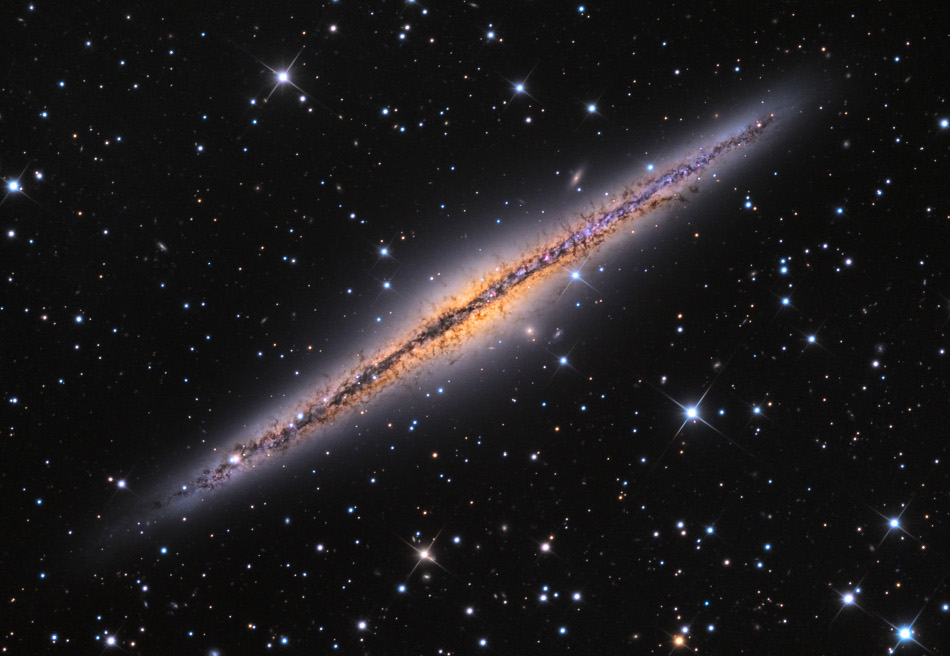 Explanation: Large spiral galaxy NGC 891 spans about 100 thousand light-years and is seen almost exactly edge-on from our perspective. In fact, about 30 million light-years distant in the constellation Andromeda, NGC 891 looks a lot like our Milky Way. At first glance, it has a flat, thin, galactic disk of stars and a central bulge cut along the middle by regions of dark obscuring dust. But remarkably apparent in NGC 891's edge-on presentation are filaments of dust that extend hundreds of light-years above and below the center line. The dust has likely been blown out of the disk by supernova explosions or intense star formation activity. Fainter galaxies can also be seen near the edge-on disk in this deep portrait of NGC 891. (Editor's Note: The NGC 891 image used in today's APOD posting has been replaced and the credit corrected to indicate the author of the original work.)