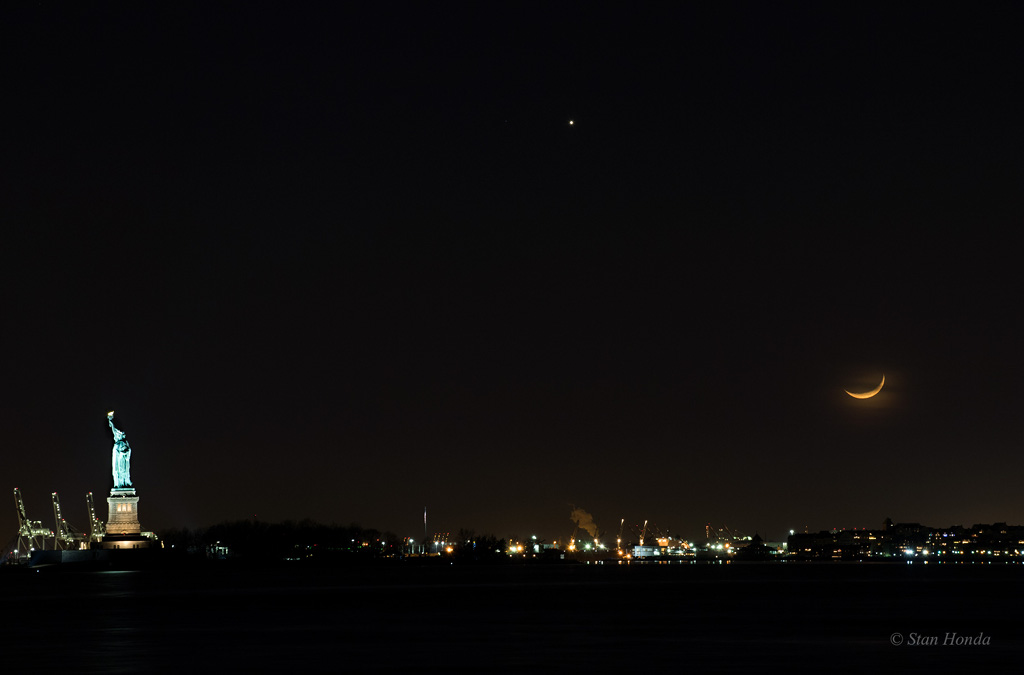 Explanation: Moonset on January 1 is captured in this sea and night sky snapshot from the port city of New York. Its warm moonlight shining through haze and thin clouds, this New Year's Moon was about 3 days old, in a waxing crescent phase. The visible lunar disk is about 10 percent illuminated. Also easy to spot in hazy urban skies, Venus blazes forth over the western horizon, begining the year as Earth's evening star. Like the Moon, Venus goes through a range of phases as seen from planet Earth. As the year began, telescopic views of the brilliant inner planet's disk would show it about 50 percent illuminated, growing into a larger but thinner crescent by early March. New York Harbor's welcoming beacon, the Statue of Liberty, anchors a terrestrial corner of the night's triangle at the far left.