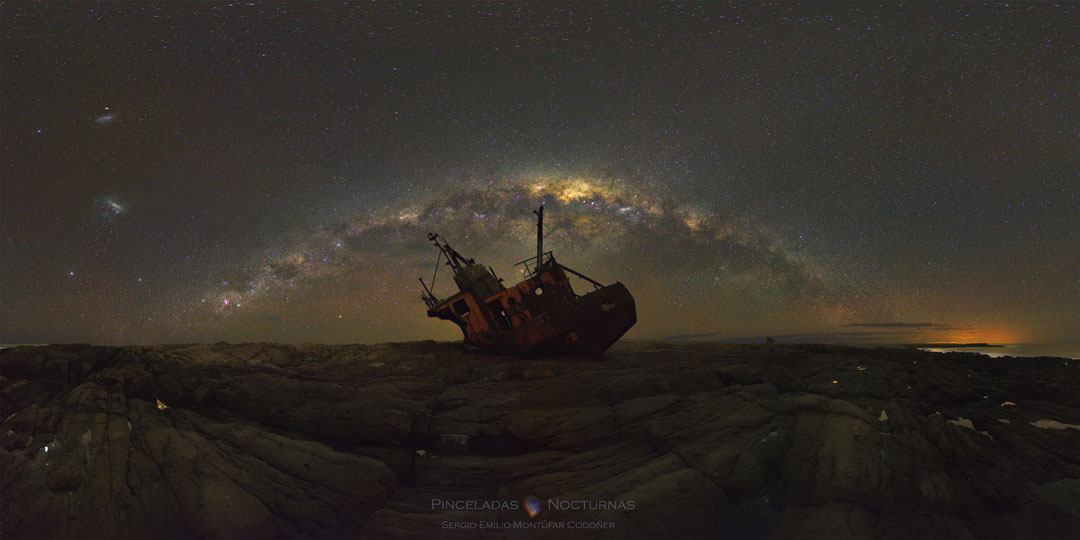 Explanation: What happened to this ship? It was carried aground by a giant storm that struck the coast of Argentina in 2002. The pictured abandoned boat, dubbed Naufragio del Chubasco, wrecked near the nearly abandoned town of Cabo Raso (population: 1). The rusting ship provides a picturesque but perhaps creepy foreground for the beautiful sky above. This sky is crowned by the grand arch of our Milky Way and features galaxies including the Large and Small Magellanic Clouds, stars including Canopus and Altair, planets including Mars and Neptune, and nebulas including the Lagoon, Carina, and the Coal Sack. The mosaic was composed from over 80 images taken in early September. A 360-degree interactive panoramic version of this image is also available. The adventurous astrophotographer reports that the creepiest part of taking this picture was not the abandoned ship, but the unusual prevalence of black and hairy caterpillars.