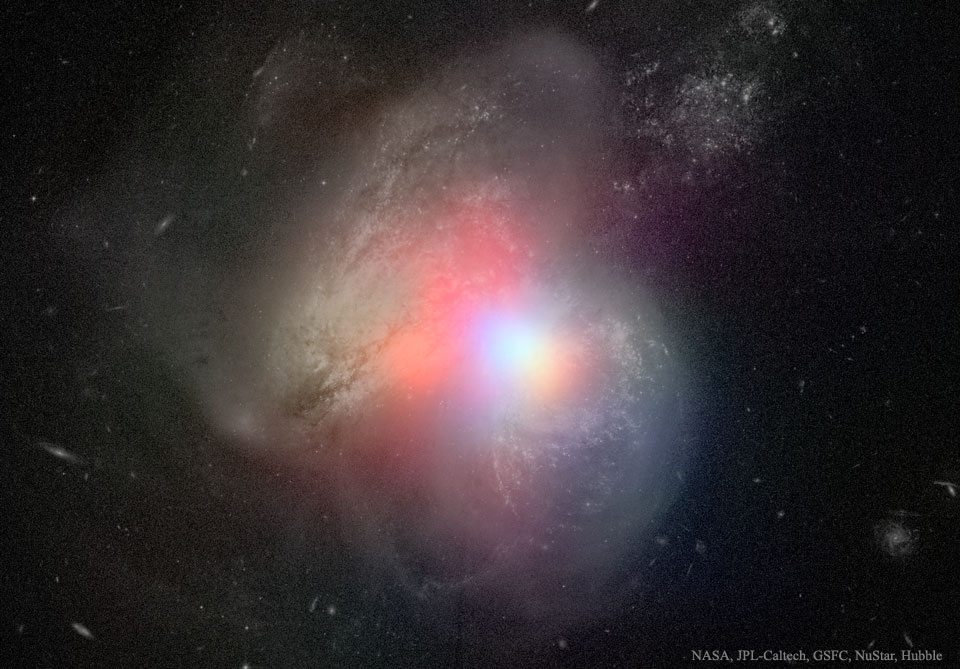 Explanation: Is only one black hole spewing high energy radiation -- or two? To help find out, astronomers trained NASA's Earth-orbiting NuSTAR and Chandra telescopes on Arp 299, the enigmatic colliding galaxies expelling the radiation. The two galaxies of Arp 299 have been locked in a gravitational combat for millions of years, while their central black holes will soon do battle themselves. Featured, the high-resolution visible-light image was taken by Hubble, while the superposed diffuse glow of X-ray light was imaged by NuSTAR and shown in false-color red, green, and blue. NuSTAR observations show that only one of the central black holes is seen fighting its way through a region of gas and dust -- and so absorbing matter and emitting X-rays. The energetic radiation, coming only from the galaxy center on the right, is surely created nearby -- but outside -- the central black hole's event horizon. In a billion years or so, only one composite galaxy will remain, and only one central supermassive black hole. Soon thereafter, though, another galaxy may enter the fray.