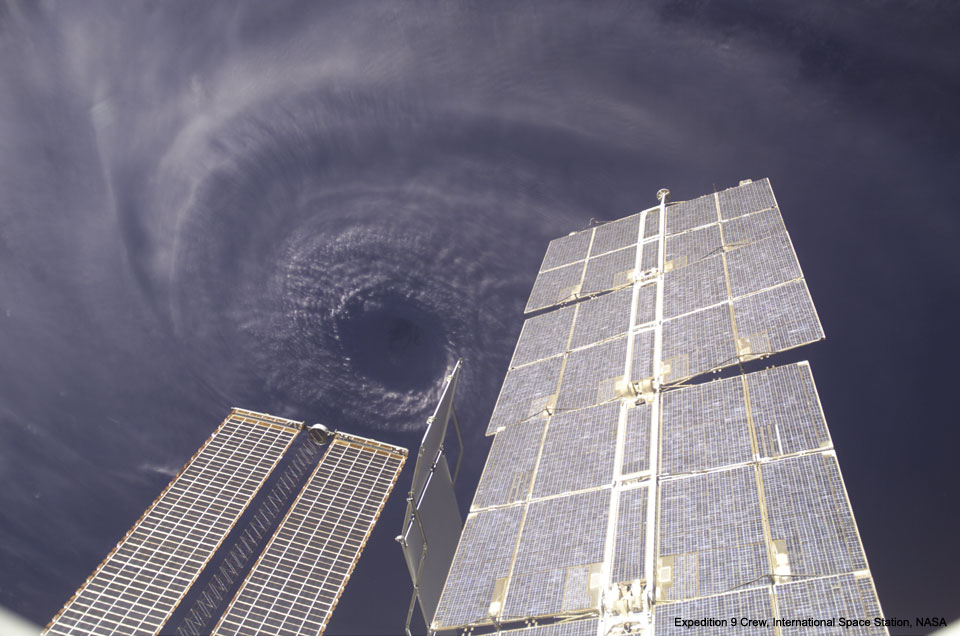 Explanation: Ninety percent of the houses on Grenada were damaged by the destructive force of Hurricane Ivan. At its peak in 2004, Ivan was a Category 5 hurricane, the highest power category on the Saffir-Simpson Scale, and created sustained winds in excess of 200 kilometers per hour. Ivan was the largest hurricane to strike the US in 2004, and one of the more powerful in recorded history. As it swirled in the Atlantic Ocean, the tremendous eye of Hurricane Ivan was photographed from above by the orbiting International Space Station. The name Ivan has now been retired from Atlantic Ocean use by the World Meteorological Organization. This month, Hurricane Matthew devastated part of Haiti and is currently swirling just off the east coast of the USA.