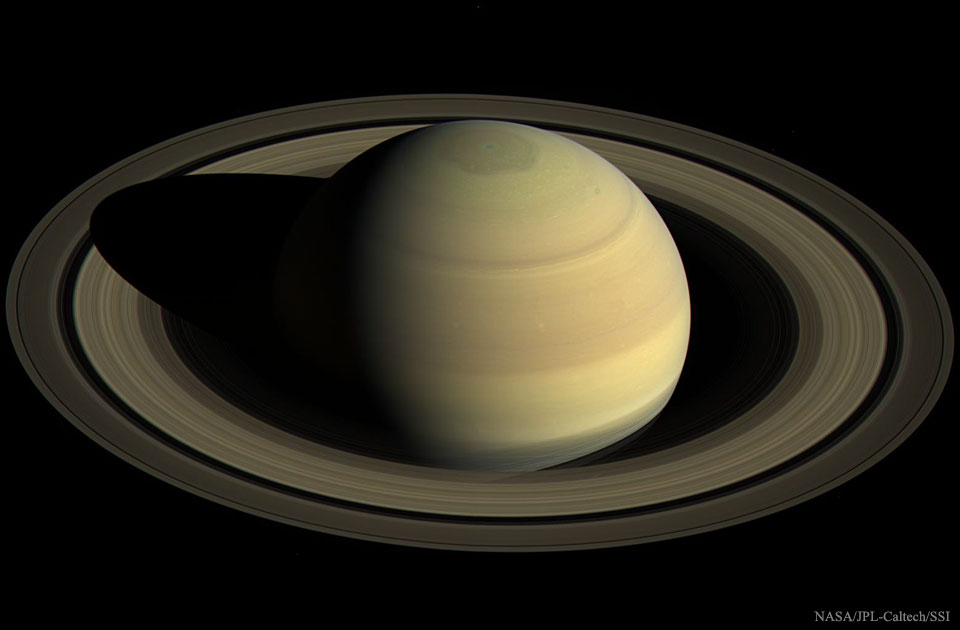 Explanation: This image of Saturn could not have been taken from Earth. No Earth based picture could possibly view the night side of Saturn and the corresponding shadow cast across Saturn's rings. Since Earth is much closer to the Sun than Saturn, only the day side of the ringed planet is visible from the Earth. In fact, this image mosaic was taken earlier this year by the robotic Cassini spacecraft now orbiting Saturn, just before filming a 44-hour video of Saturn rotating. The beautiful rings of Saturn are seen in full expanse, while cloud details are visible including the polar hexagon surrounding the north pole. The Cassini mission is now in its final year as the spacecraft is scheduled to be programmed to dive into Saturn's atmosphere next September.