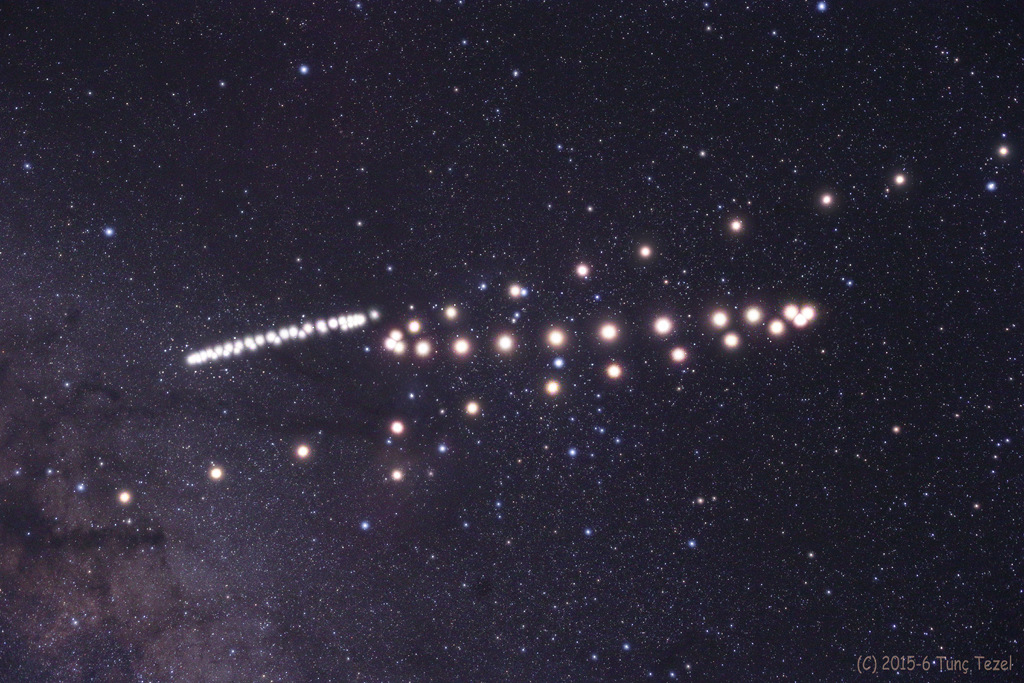 Explanation: Wandering Mars and Saturn have spent much of this year remarkably close in planet Earth's night sky. In a sequence of exposures spanning mid-December 2015 through the beginning of this week, this composited skyview follows their time together, including both near opposition, just north of bright star Antares near the Milky Way's central bulge. In the corresponding video, Saturn's apparent movement is seen to be back and forth along the flattened, compact loop, while Mars traces the wider, reversing S-shaped track from upper right to lower left through the frame. To connect the dots and dates just slide your cursor over the picture (or follow this link). It looks that way, but Mars and Saturn don't actually reverse direction along their orbits. Instead, their apparent backwards or retrograde motion with respect to the background stars is a reflection of the orbital motion of the Earth itself. Retrograde motion can be seen each time Earth overtakes and laps planets orbiting farther from the Sun, the Earth moving more rapidly through its own relatively close-in orbit.