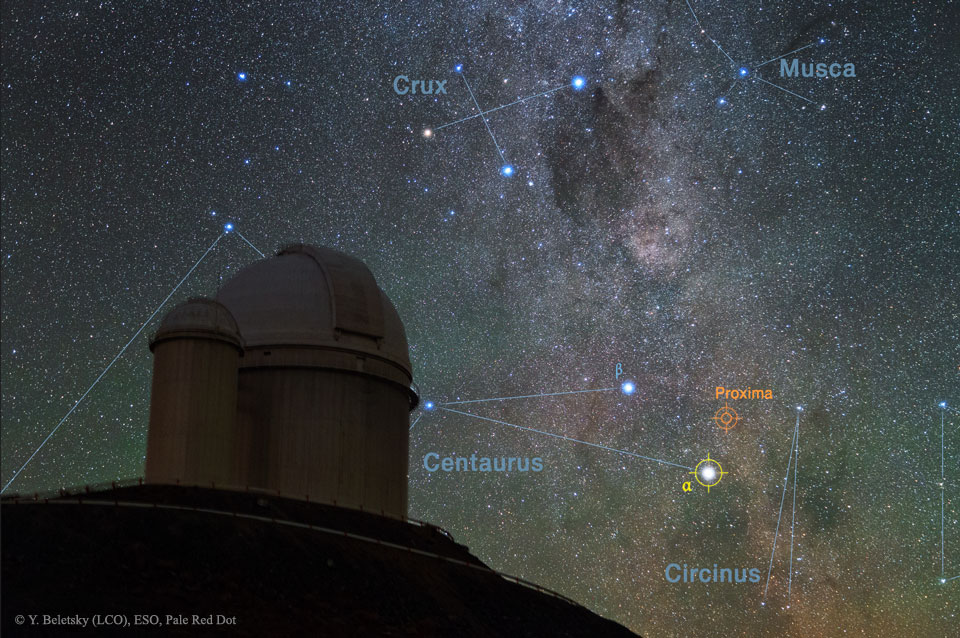 Explanation: The star closest to the Sun has a planet similar to the Earth. As announced yesterday, recent observations confirmed that this planet not only exists but inhabits a zone where its surface temperature could allow liquid water, a key ingredient for life on Earth. It is not yet known if this planet, Proxima b, has any life. Even if not, its potential ability to sustain liquid water might make it a good first hop for humanity's future trips out into the Milky Way Galaxy. Although the planet's parent star, Proxima Centauri, is cooler and redder than our Sun, one of the other two stars in the Alpha Centauri star system is very similar to our Sun. The featured image shows the sky location of Proxima Centauri in southern skies behind the telescope that made many of the discovery observations: ESO's 3.6-meter telescope in La Silla, Chile. The discovered planet orbits close in -- so close one year there takes only 11 days on Earth. The planet was discovered by the ESO's Pale Red Dot collaboration. Although seemingly unlikely, if Proxima b does have intelligent life, at 4.25 light years distance it is close enough to Earth for two-way communication.