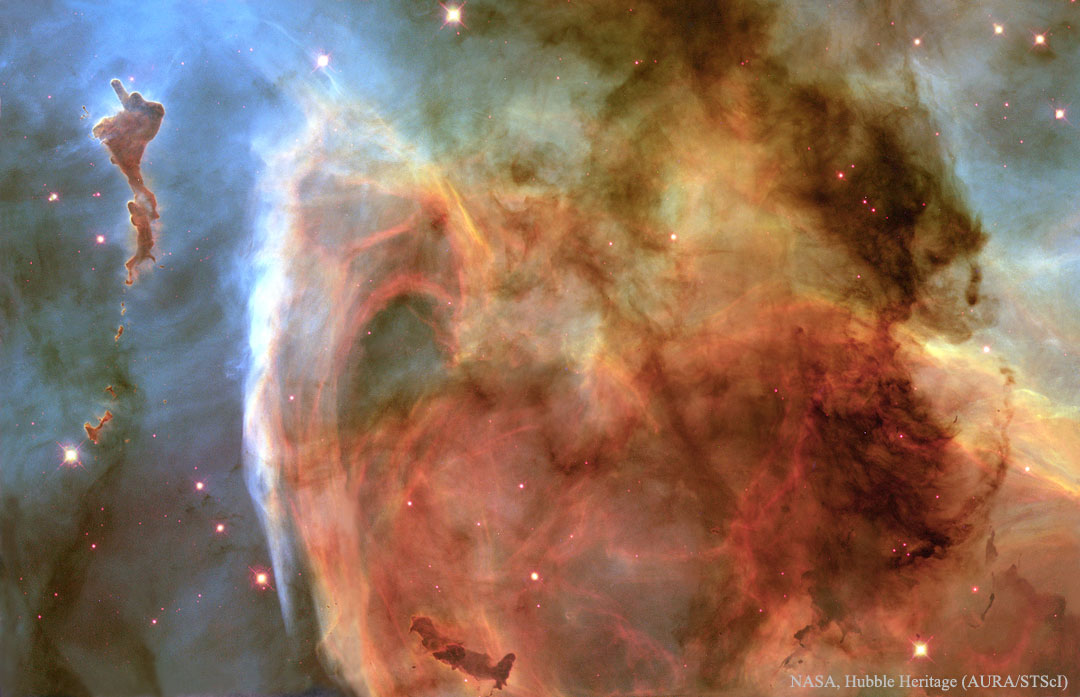 Explanation: The dark dusty Keyhole Nebula gets its name from its unusual shape. The looping Keyhole, in this featured classic image by the Hubble Space Telescope, is a smaller region inside the larger Carina Nebula. Dramatic dark dust knots and complex features are sculpted by the winds and radiation of the Carina Nebula's many massive and energetic stars. In particular, the shape of the dust cloud on the upper left of the Keyhole Nebula may stimulate the human imagination to appear similar to, for example, a superhero flying through a cloud, arm up, with a saved person in tow below. The region lies about 7,500 light-years away in planet Earth's southern sky. The Keyhole Nebula was created by the dying star Eta Carina , out of the frame, which is prone to violent outbursts during its final centuries.