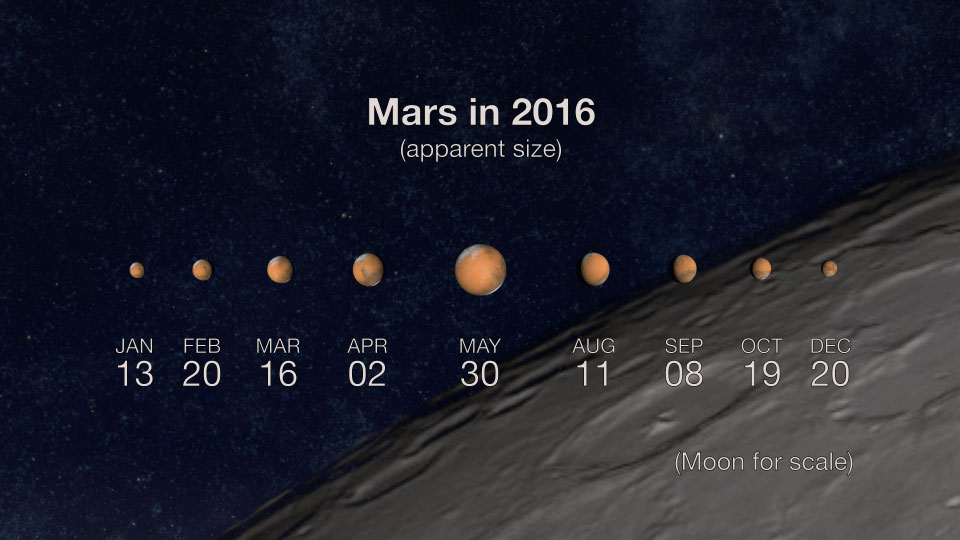 Explanation: When does Mars appear the largest? This occurs when Earth sweeps past Mars in their respective orbits around the Sun, creating a momentary Sun-Earth-Mars alignment called opposition. The featured image shows the Mars opposition that occurred earlier this year, as well as how Mars will look later this year. Mars actually changes its size continuously -- the monthly jumps in size are illustrative. During the first months of the year, Earth's view toward Mars is from relatively far away and from a relatively sideways angle -- making Mars appear small and at less than full phase (gibbous). As months progress, Mars appears increasingly larger and fuller. The day Earth and Mars were closest together was on May 30. By June, Earth had passed Mars, and part of the other side of Mars appeared shadowed. Mars will now appear increasingly smaller during 2016. Even if you watch Mars from Earth all along its orbit, though, Mars will never show a crescent phase.