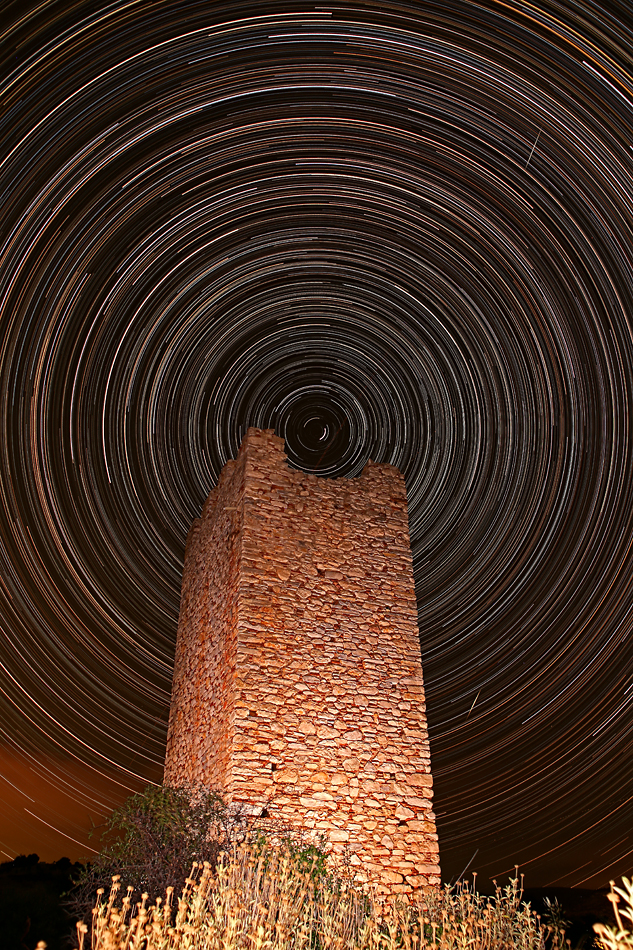 Explanation: If you climbed to the top of this 13th century stone tower, it looks like you could reach out and touch the North Celestial Pole, the point at the center of all the star trail arcs. The well-composed image with scattered meteor streaks was recorded over a period of five and half hours as a series of 45 second long exposures spanning the dark of the night on July 7/8. The exposures were made with a digital camera fixed to a tripod near Marathon, Greece, planet Earth. Of course, the graceful star trails reflect the Earth's daily rotation around its axis. By extension, the axis of rotation leads to the center of the concentric arcs in the night sky. Convenient for northern hemisphere night sky photographers and celestial navigators alike, the bright star Polaris is very close to the North Celestial Pole and so makes the short bright trail in the tower's central gap.