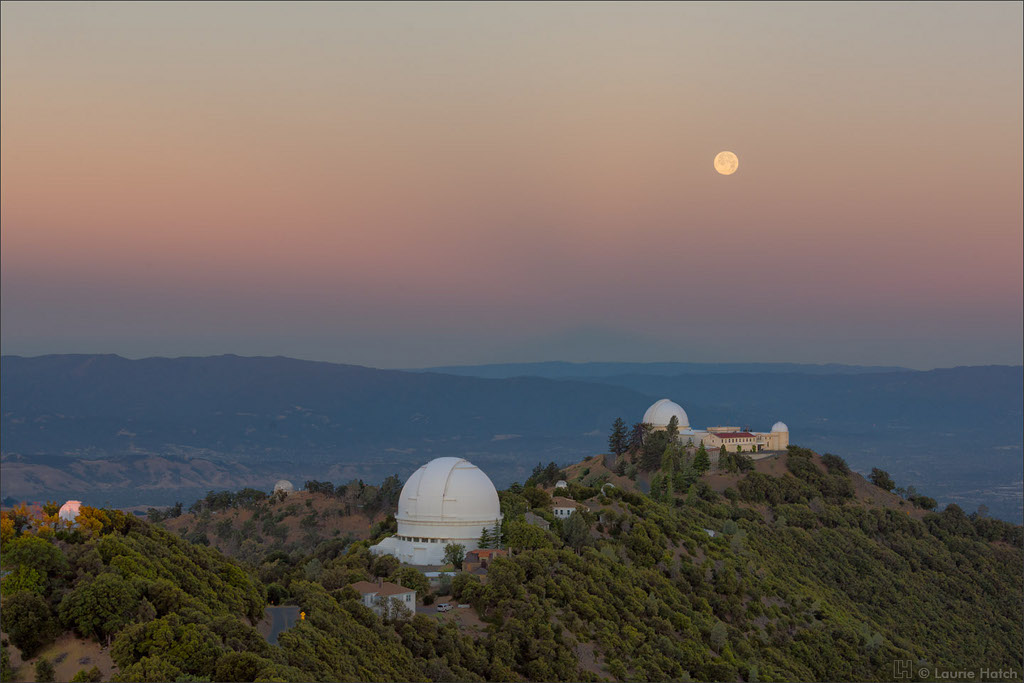 Explanation: A Full Moon sets as the Solstice Sun rises in this June 20 dawn skyscape. Captured from a nearby peak in central California, planet Earth, the scene looks across the summit of Mount Hamilton and Lick Observatory domes on a calendar date that marks an astronomical change of seasons and hemispherical extremes of daylight hours. Earth's shadow stretches toward the Santa Cruz Mountains on the western horizon. Just above the atmospheric grey shadowband is a more colorful anti-twilight arch, a band of reddened, backscattered sunlight also known as the Belt of Venus. The interplay of solstice dates and lunar months does make this solstice and Full Moon a rare match-up. The next June solstice and Full Moon will fall on the same calendar date on June 21, 2062.