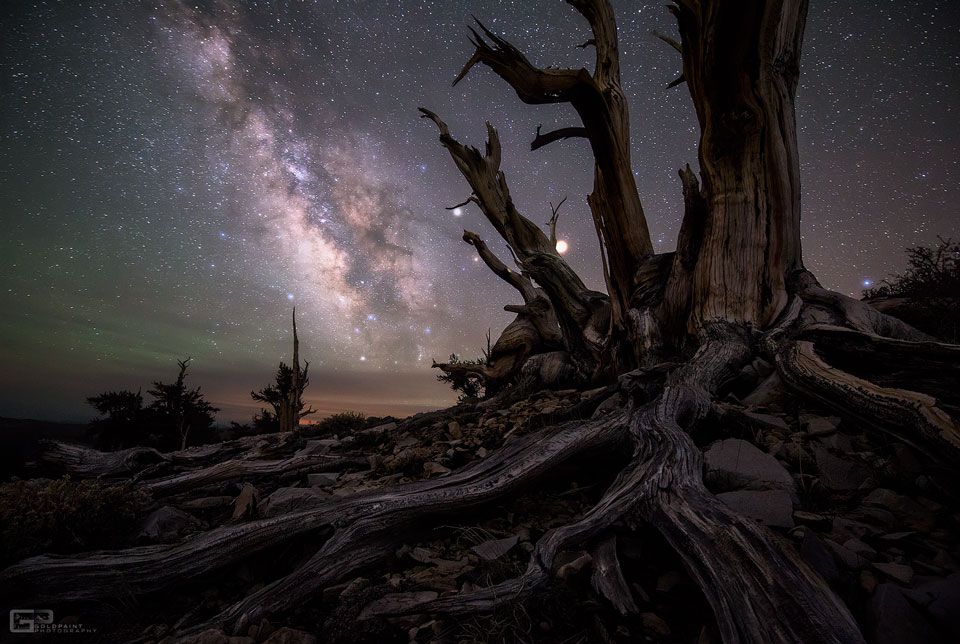 Explanation: What's older than these ancient trees? Nobody you know -- but almost everything in the background of this picture. The trees are impressively old -- each part of the Ancient Bristlecone Pine Forest located in eastern California, USA. There, many of the oldest trees known are located, some dating as far back as about 5,000 years. Seemingly attached to tree branches, but actually much farther in the distance, are the bright orbs of Saturn (left) and Mars. These planets formed along with the Earth and the early Solar System much earlier -- about 4.5 billion years ago. Swooping down diagonally from the upper left is the oldest structure pictured: the central band of our Milky Way Galaxy -- dating back around 9 billion years. The featured image was built from several exposures all taken from the same location -- but only a few weeks ago.