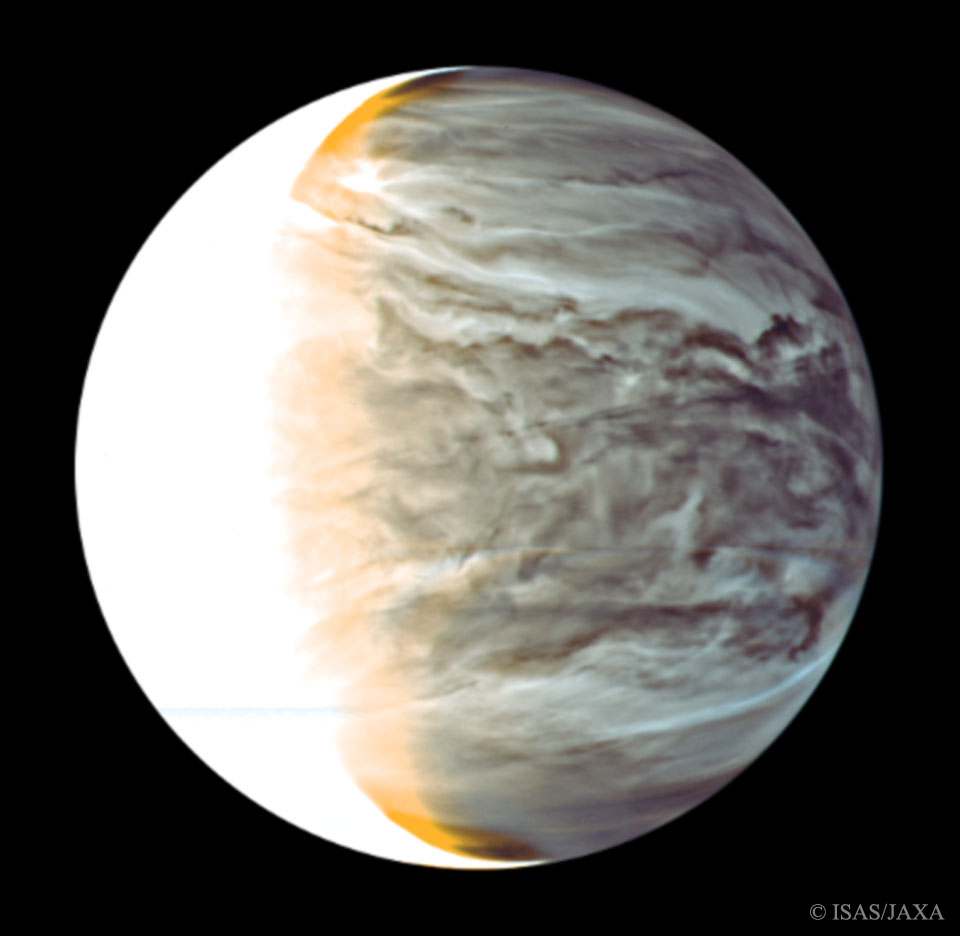 Explanation: Why is Venus so different from Earth? To help find out, Japan launched the robotic Akatsuki spacecraft which entered orbit around Venus late last year after an unplanned five-year adventure around the inner Solar System. Even though Akatsuki has passed its original planned lifetime, the spacecraft and its instruments are operating so well that much of its original mission has been reinstated. In the featured image taken by Akatsuki late last month, Venus was captured in infrared light showing a surprising amount of atmospheric structure on its night side. The vertical orange terminator stripe between night and day is so wide because of light is so diffused by Venus' thick atmosphere. Also known as the Venus Climate Orbiter, Akatsuki has cameras and instruments that will investigate unknowns about the planet, including whether volcanoes are still active, whether lightning occurs in the dense atmosphere, and why wind speeds greatly exceed the planet's rotation speed.