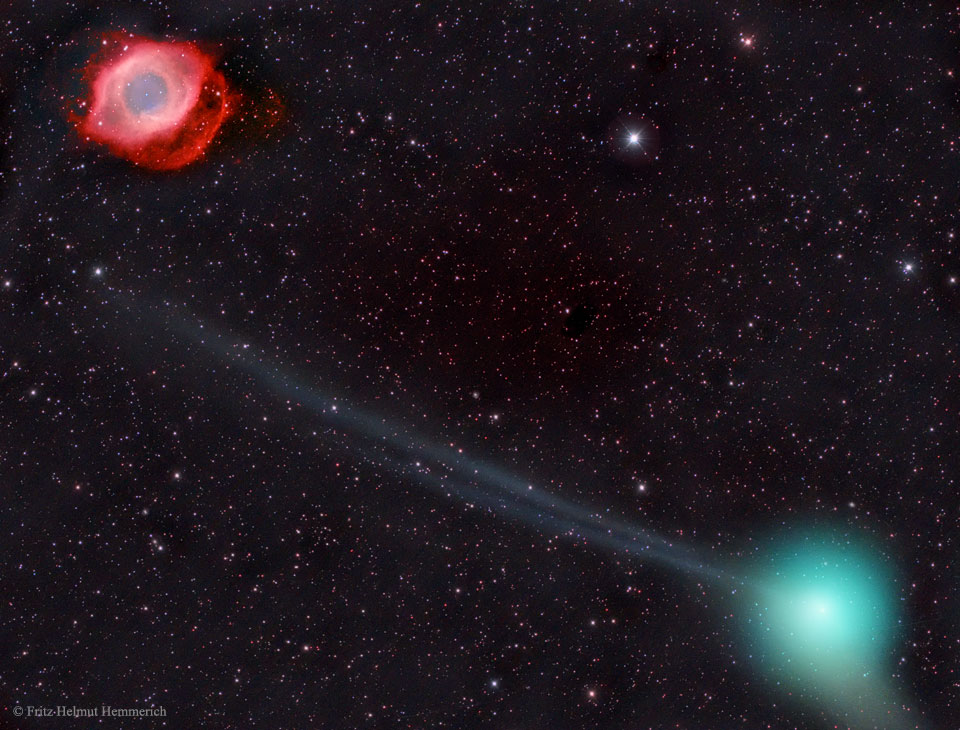 Explanation: It's rare that such different objects are imaged so close together. Such an occasion is occurring now, though, and was captured two days ago in combined parallel exposures from the Canary Islands of Spain. On the lower right, surrounded by a green coma and emanating an unusually split blue ion tail diagonally across the frame, is Comet C/2013 X1 (PanSTARRS). This giant snowball has been falling toward our Sun and brightening since its discovery in 2013. Although Comet PannSTARRS is a picturesque target for long-duration exposures of astrophotography, it is expected to be only barely visible to the unaided eye when it reaches its peak brightness in the next month. On the upper left, surrounded by red-glowing gas, is the also-picturesque Helix Nebula. At 700 light years distant, the Helix is not only much farther away than the comet, but is expected to retain its appearance for thousands of years.