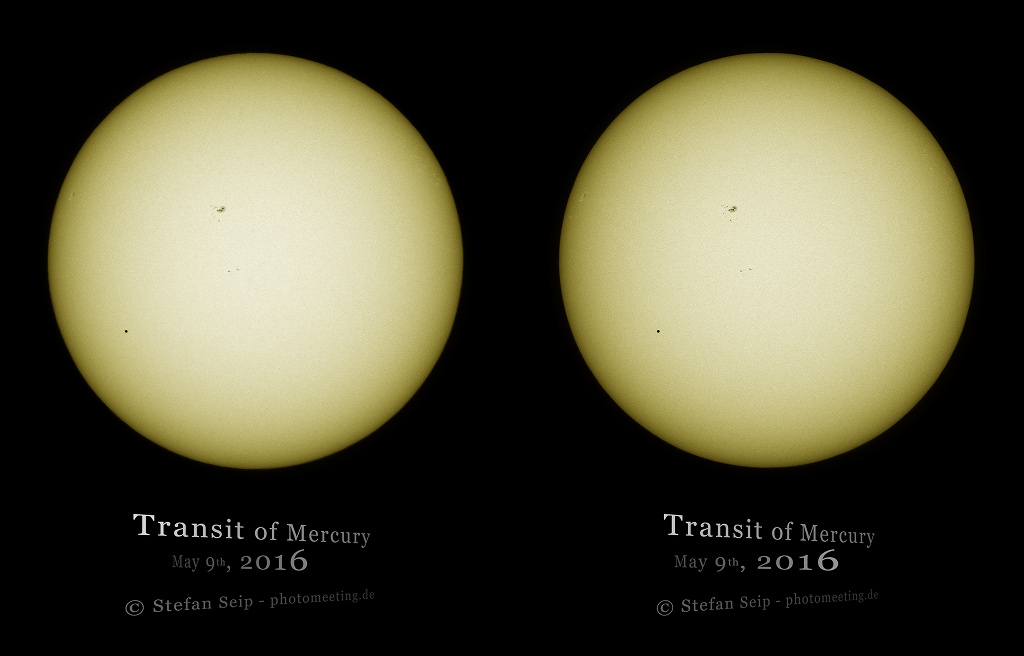 Explanation: On May 9, innermost planet Mercury crossed IN FRONT of the Sun. Though pictures project the event in only two dimensions, a remarkable three dimensional perspective on the transit is possible by free viewing this stereo pair. The images were made 23 minutes apart and rotated so that Mercury's position shifts horizontally between the two. As a result, Mercury's orbital motion produced an exaggerated parallax simulating binocular vision. Between the two exposures, the appropriately named planet's speedy 47.4 kilometer per second orbital velocity actually carried it over 65,000 kilometers. Taken first, the left image is intended for the right eye, so a cross-eyed view is needed to see Mercury's tiny silhouette suspended in the foreground. Try it. Merging the text below the images helps.