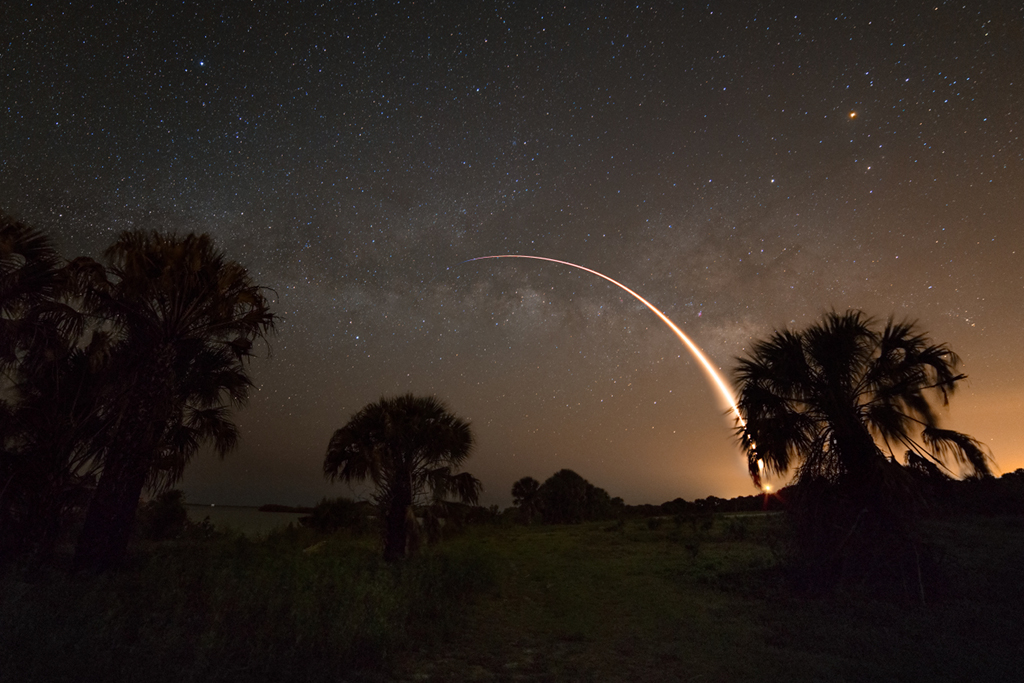 Explanation: On May 6, the after midnight launch of a SpaceX Falcon 9 rocket lit up dark skies over Merritt Island, planet Earth. Its second stage bound for Earth orbit, the rocket's arc seems to be on course for the center of the Milky Way in this pleasing composite image looking toward the southeast. Two consecutive exposures made with camera fixed to a tripod were combined to follow rocket and home galaxy. A 3 minute long exposure at low sensitivity allowed the rocket's first stage burn to trace the bright orange arc and a 30 second exposure at high sensitivity captured the stars and the faint Milky Way. Bright orange Mars dominates the starry sky at the upper right. A few minutes later, booster engines were restarted and the Falcon 9's first stage headed for a landing on the autonomous spaceport drone ship Of Course I Still Love You, patiently waiting in the Atlantic 400 miles east of the Cape Canaveral launch site.