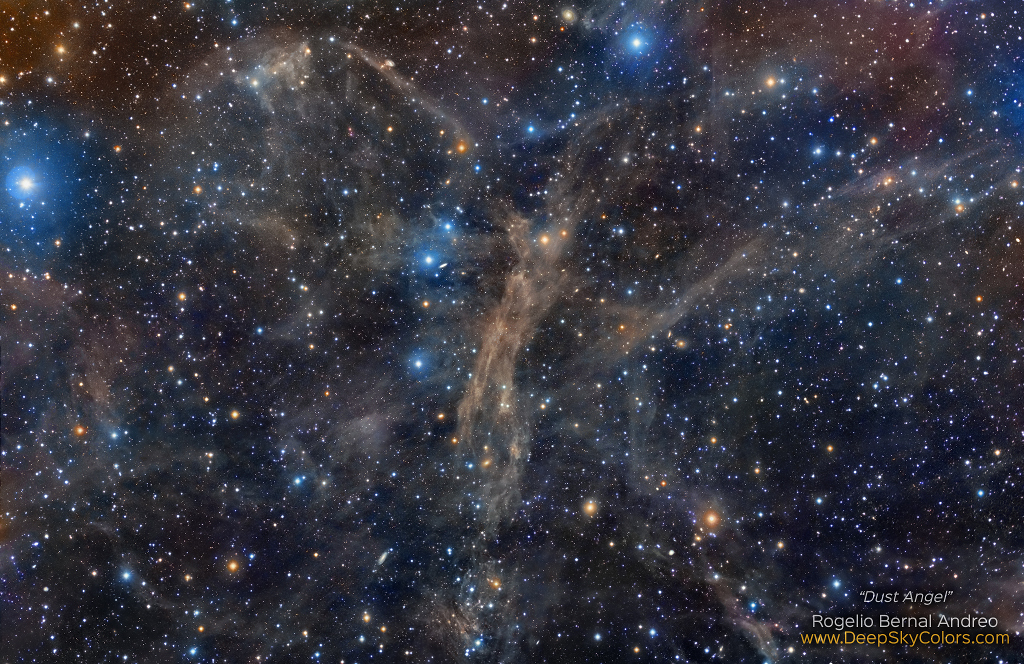 Explanation: The combined light of stars along the Milky Way are reflected by these cosmic dust clouds that soar some 300 light-years or so above the plane of our galaxy. Dubbed the Angel Nebula, the faint apparition is part of an expansive complex of dim and relatively unexplored, diffuse molecular clouds. Commonly found at high galactic latitudes, the dusty galactic cirrus can be traced over large regions toward the North and South Galactic poles. Along with the refection of starlight, studies indicate the dust clouds produce a faint reddish luminescence, as interstellar dust grains convert invisible ultraviolet radiation to visible red light. Also capturing nearby Milky Way stars and an array of distant background galaxies, the deep, wide-field 3x5 degree image spans about 10 Full Moons across planet Earth's sky toward the constellation Ursa Major.