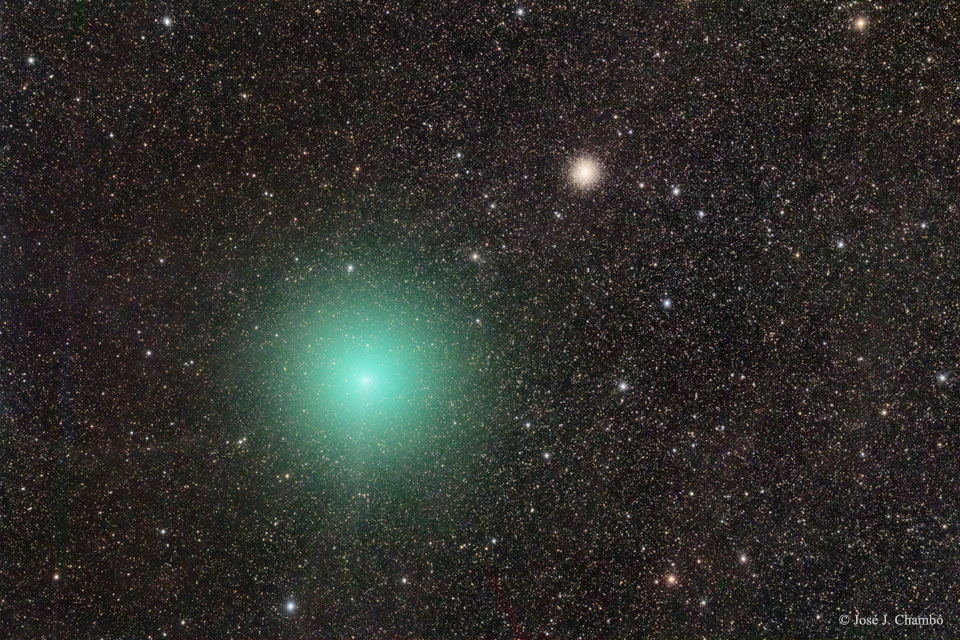 Explanation: Comet Linear has become unexpectedly bright. The comet, discovered in 2000, underwent a 100-fold outburst just a week before it passed a mere 14 lunar distances from Earth late last month. The comet was captured here last week at about magnitude 6 -- just bright enough to be seen by the unaided eye -- passing in front of the distant globular star cluster M14. Comet 252/P LINEAR is one of a rare group of comets that vacillate between the Earth and Jupiter every 5 years. How the comet will evolve from here is unknown, but hopes run high that it will remain a good object for binoculars in northern skies for the next week or two.