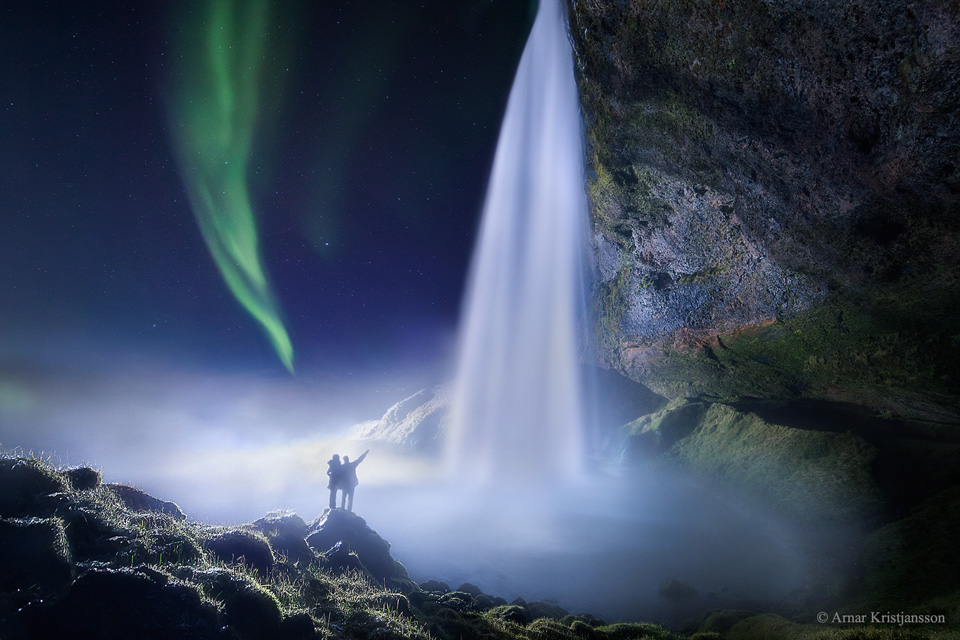 Explanation: Is this the real world? Or is it just fantasy? The truth started with a dream -- a dream that the spectacular Seljarlandsfoss waterfall in southern Iceland could be photographed with a backdrop of an aurora-filled sky. Soon after a promising space weather report, the visionary astrophotographer and his partner sprang into action. After arriving, capturing an image of the background sky, complete with a cool green aurora, turned out to be the easy part. The hard part was capturing the waterfall itself, for one reason because mist kept fogging the lens! Easy come, easy go -- it took about 100 times where someone had to go back to the camera -- on a cold night and over slippery rocks -- to see how the last exposure turned out, wipe the lens, and reset the camera for the next try. Later, the best images of land and sky were digitally combined. Visible in the sky, even well behind the aurora, are numerous stars of the northern sky. The resulting title -- given by the astrophotographer -- was influenced by a dream-like quality of the resulting image, possibly combined with the knowledge that some things really mattered in this effort to make a dream come true.