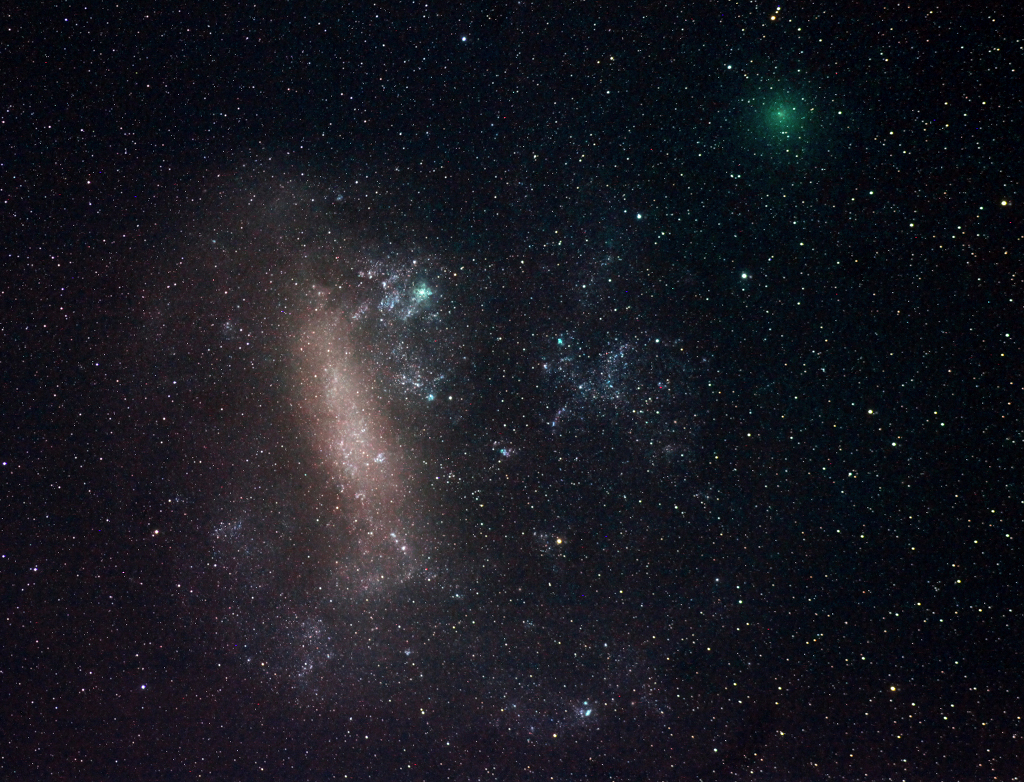 Explanation: Sporting a surprisingly bright, lovely green coma Comet 252P/Linear poses next to the Large Magellanic Cloud in this southern skyscape. The stack of telephoto exposures was captured on March 16 from Penwortham, South Australia. Recognized as a Jupiter family periodic comet, 252P/Linear will come close to our fair planet on March 21, passing a mere 5.3 million kilometers away. That's about 14 times the Earth-Moon distance. In fact, it is one of two comets that will make remarkably close approaches in the next few days as a much fainter Comet Pan-STARRS (P/2016 BA14) comes within 3.5 million kilometers (9 times the Earth-Moon distance) on March 22. The two have extremely similar orbits, suggesting they may have originally been part of the same comet. Sweeping quickly across the sky because of their proximity to Earth, both comets will soon move into northern skies.