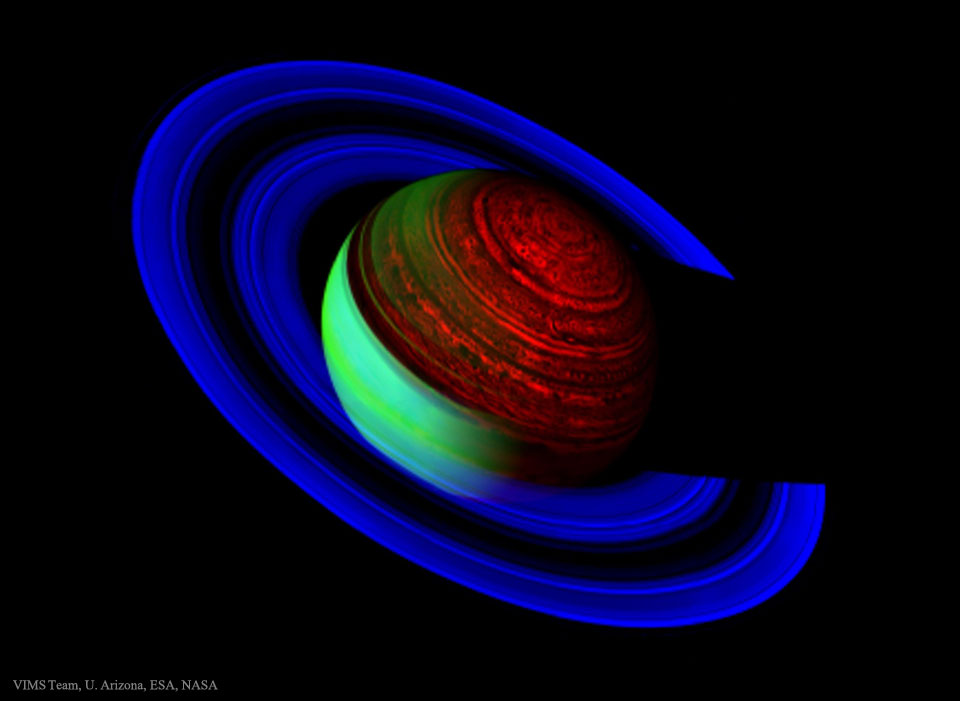 Explanation: If seen in the right light, Saturn glows like a neon sign. Although Saturn has comparatively little of the element neon, a composite image false-colored in three bands of infrared light highlights features of the giant ringed planet like a glowing sign. At the most blue band of the infrared light featured, false-colored blue in the above image, Saturn itself appears dark but Saturn's thin rings brightly reflect light from our Sun. Conversely, Saturn's B ring is so thick that little reflected light makes it through, creating a dark band between Saturn's A and C rings. At the most red band of the infrared, false-colored red above, Saturn emits a surprisingly detailed thermal glow, indicating planet-wide bands, huge hurricane-like storms, and a strange hexagon-shaped cloud system around the North Pole. In the middle infrared band, false-colored green, the sunlit side of Saturn's atmosphere reflects brightly. The above image was obtained in 2007 by the robotic Cassini spacecraft orbiting about 1.6 million kilometers out from Saturn.