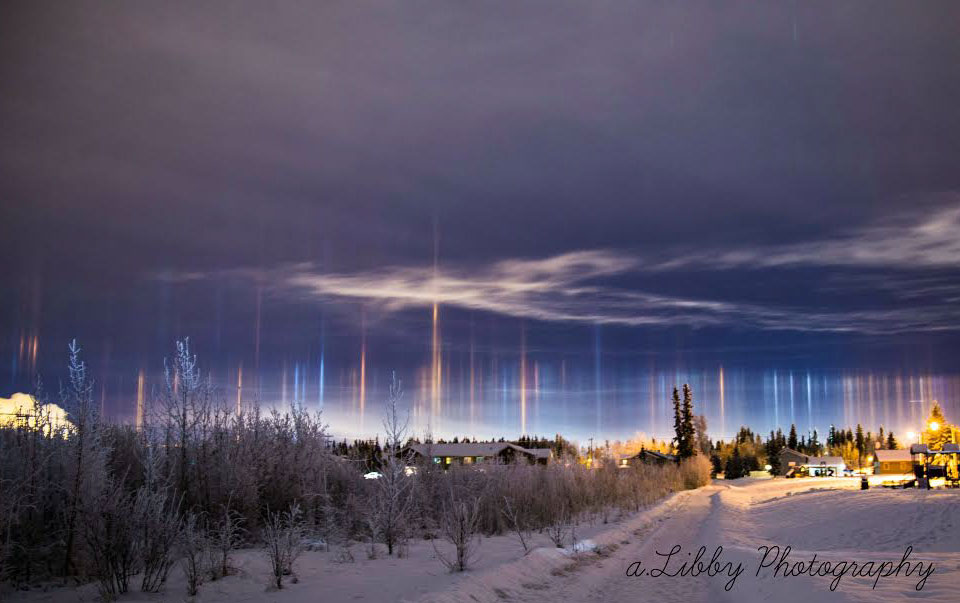 Explanation: What's happening behind those houses? Pictured here are not auroras but nearby light pillars, a nearby phenomenon that can appear as a distant one. In most places on Earth, a lucky viewer can see a Sun-pillar, a column of light appearing to extend up from the Sun caused by flat fluttering ice-crystals reflecting sunlight from the upper atmosphere. Usually these ice crystals evaporate before reaching the ground. During freezing temperatures, however, flat fluttering ice crystals may form near the ground in a form of light snow, sometimes known as a crystal fog. These ice crystals may then reflect ground lights in columns not unlike a Sun-pillar. The featured image was taken in Fort Wainwright near Fairbanks in central Alaska.