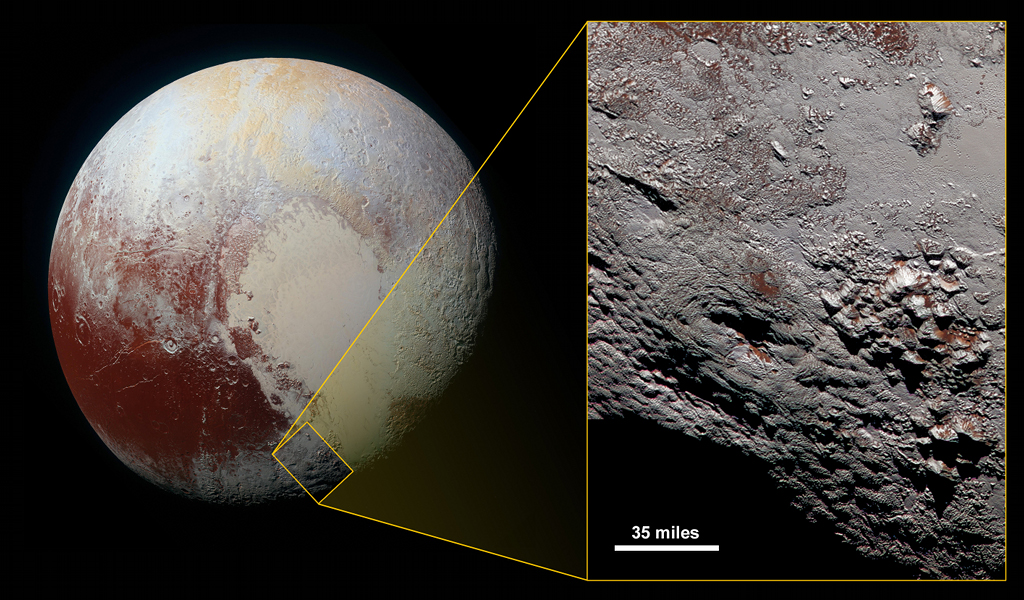 Explanation: Informally named Wright Mons, a broad mountain about 150 kilometers across and 4 kilometers high with a wide, deep summit depression is featured in this inset image captured during the New Horizons flyby of Pluto in July 2015. Of course, broad mountains with summit craters are found elsewhere in the Solar System, like the large shield volcano Mauna Loa on planet Earth or giant Olympus Mons on Mars. New Horizons scientists note the striking similarity of Pluto's Wright Mons, and nearby Piccard Mons, to large shield volcanoes suggests the two could be giant cryovolcanoes that once erupted molten ice from the interior of the cold, distant world. In fact, found on a frozen dwarf planet Wright Mons could be the largest volcano in the outer Solar System. Since only one impact crater has been identified on its slopes, Wright Mons may well have been active late in Pluto's history. This highest resolution color image also reveals red material sparsely scattered around the region.