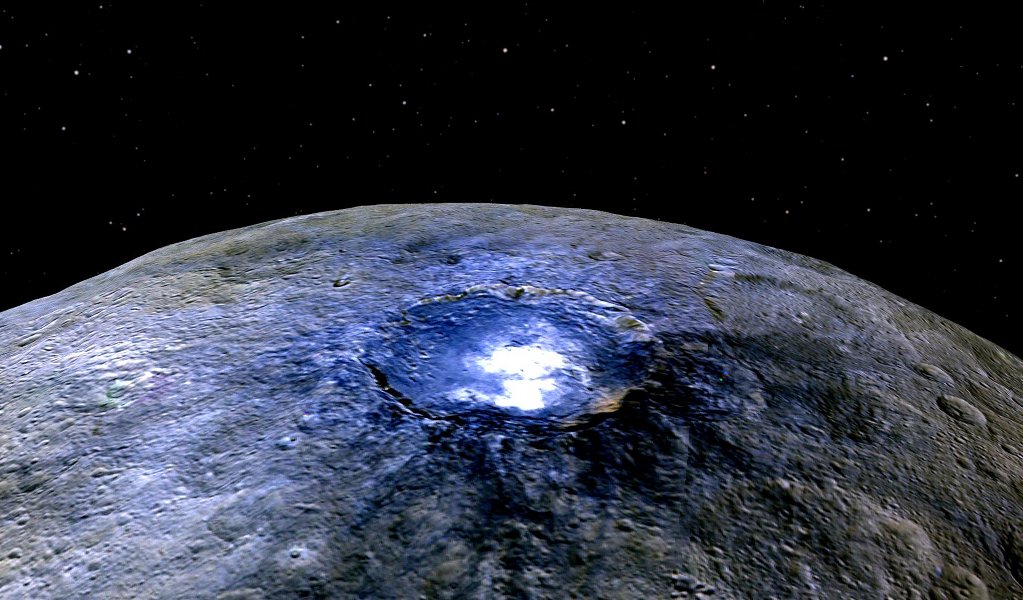 Explanation: Dwarf planet Ceres is the largest object in the Solar System's main asteroid belt with a diameter of about 950 kilometers. Exploring Ceres from orbit since March, the Dawn spacecraft's camera has revealed about 130 or so mysterious bright spots, mostly associated with impact craters scattered around the small world's otherwise dark surface. The brightest one is near the center of the 90 kilometer wide Occator Crater, seen in this dramatic false color view combining near-infrared and visible light image data. A study now finds the bright spot's reflected light properties are probably most consistent with a type of magnesium sulfate called hexahydrite. Of course, magnesium sulfate is also known to Earth dwellers as epsom salt. Haze reported inside Occator also suggests the salty material could be left over as a mix of salt and water-ice sublimates on the surface. Since impacts would have exposed the material, Ceres' numerous and widely scattered bright spots may indicate the presence of a subsurface shell of ice-salt mix. In mid-December, Dawn will begin taking observations from its closest Ceres mapping orbit.