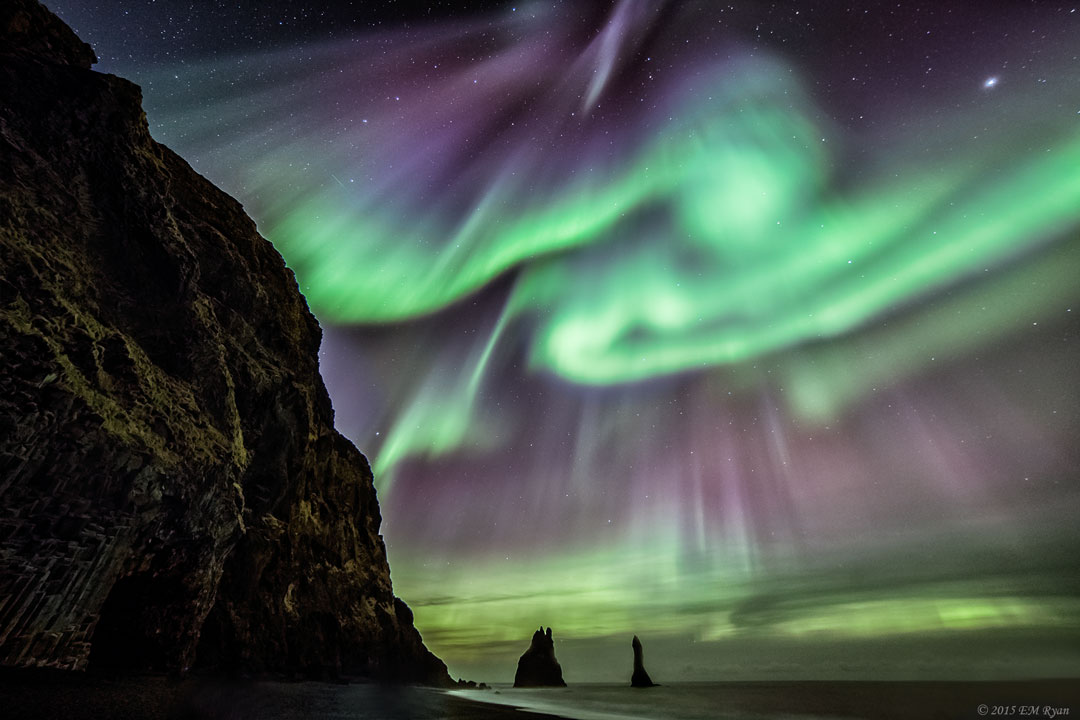 Explanation: Legends collide in this dramatic vista of land, sea, and sky. The land is Iceland, specifically Vík í Mýrdal, a southern village known for its beautiful black sand beaches. The sea, the Atlantic Ocean, surrounds Reynisdrangar, a sea stack of eroded basaltic rock pillars that Icelandic folklore tells are the petrified remains of trolls once attempting to drag a three-masted ship onto land. Watching from overhead and shining bright on the upper right is the god of the sky, according to Greek mythology: the planet Jupiter. Also visible in the sky are several other Greek legends encapsulated as constellations, including a lion (Leo), a big bear (Ursa Major), and a water snake (Hydra). One might guess that all of this commotion caused the spectacular aurora pictured -- but really it was just explosions from the Sun.