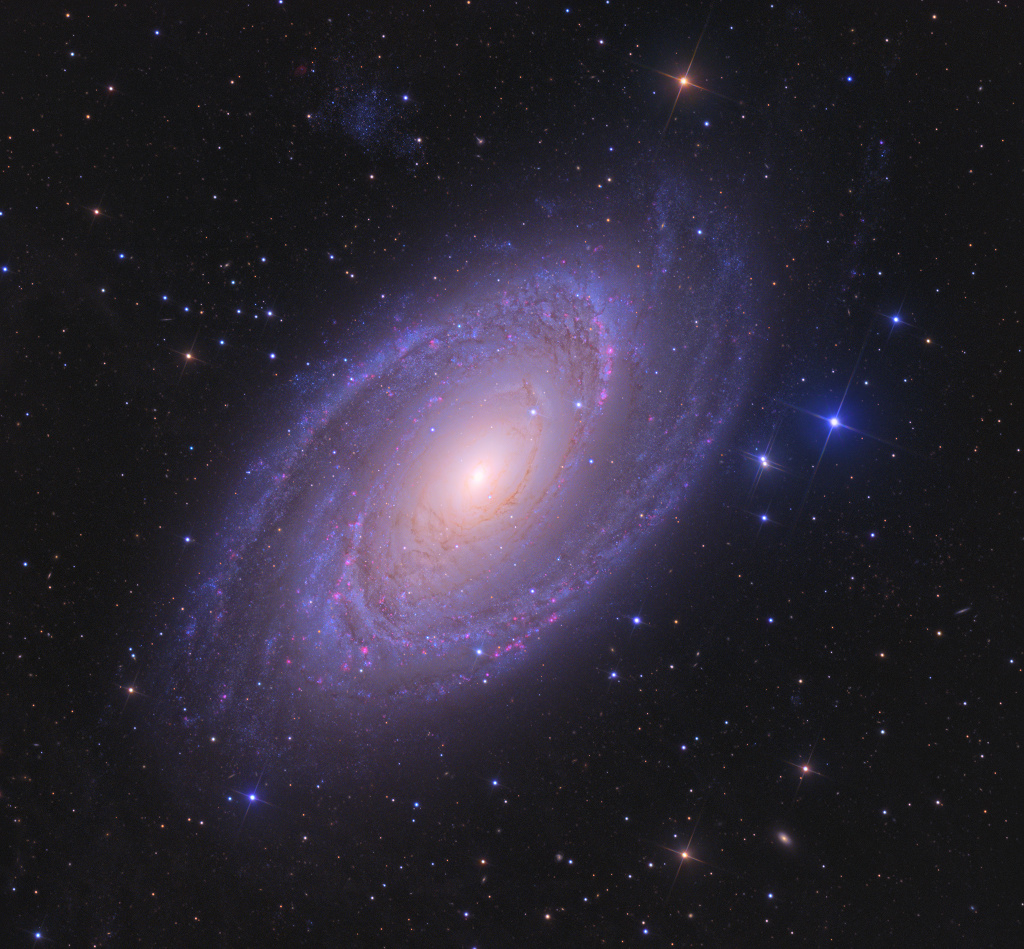 Explanation: One of the brightest galaxies in planet Earth's sky is similar in size to our Milky Way Galaxy: big, beautiful M81. The grand spiral galaxy can be found toward the northern constellation of the Great Bear (Ursa Major). This superbly detailed image reveals M81's bright yellow nucleus, blue spiral arms, tell tale pinkish star forming regions, and sweeping cosmic dust lanes with a scale comparable to the Milky Way. Hinting at a disorderly past, a remarkable dust lane actually runs straight through the disk, to the left of the galactic center, contrary to M81's other prominent spiral features. The errant dust lane may be the lingering result of a close encounter between between M81 and its smaller companion galaxy, M82. Scrutiny of variable stars in M81 has yielded one of the best determined distances for an external galaxy -- 11.8 million light-years. M81's dwarf companion galaxy Holmberg IX can be seen just above the large spiral.