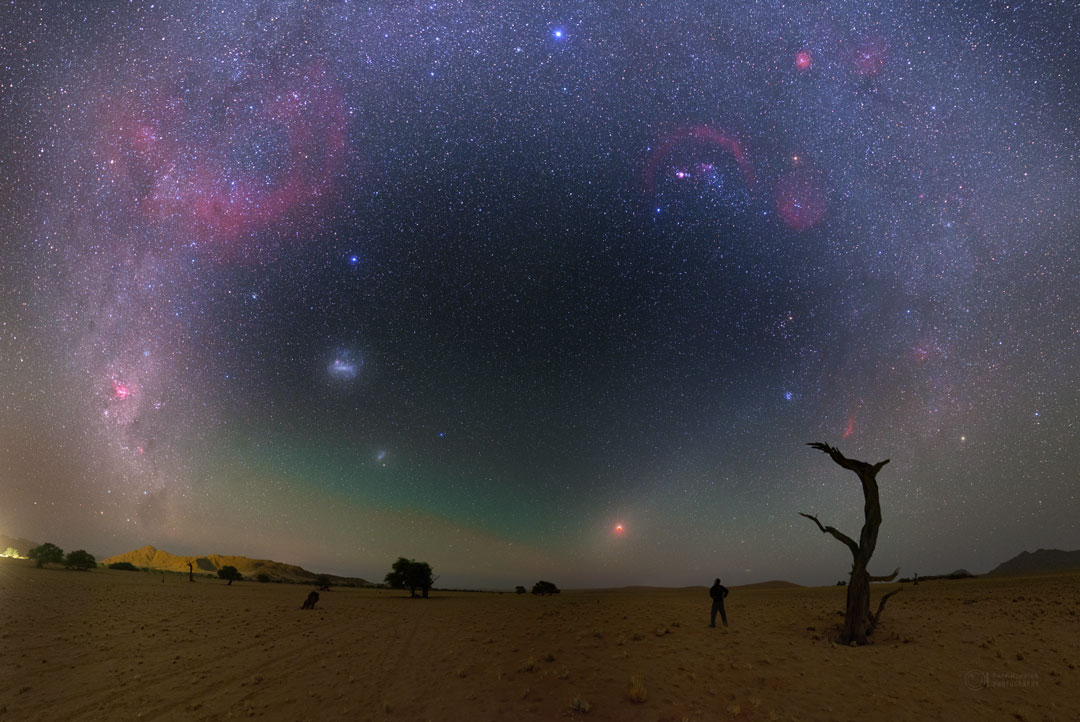 Explanation: Is there anything interesting to see in the direction opposite the Sun? One night last month, there were quite a few things. First, the red-glowing orb on the lower right of the featured image is the full moon, darkened and reddened because it has entered Earth's shadow. Beyond Earth's cone of darkness are backscattering dust particles orbiting the Sun that standout with a diffuse glow called the gegenschein, visible as a faint band rising from the central horizon and passing behind the Moon. A nearly horizontal stripe of green airglow is also discernable just above the horizon, partly blocked by blowing orange sand. Visible in the distant sky as the blue dot near the top of the image is the star Sirius, while the central band of our Milky Way Galaxy arches up on the image left and down again on the right. The fuzzy light patches just left of center are the Large and Small Magellanic Clouds. Red emission nebulas too numerous to mention are scattered about the sky, but are labelled in a companion annotated image. In the image foreground is the desolate Deadvlei region of the Namib-Naukluft National Park in Namibia, featuring the astrophotographer himself surveying a land and sky so amazing that he described it as one of the top experiences of his life.