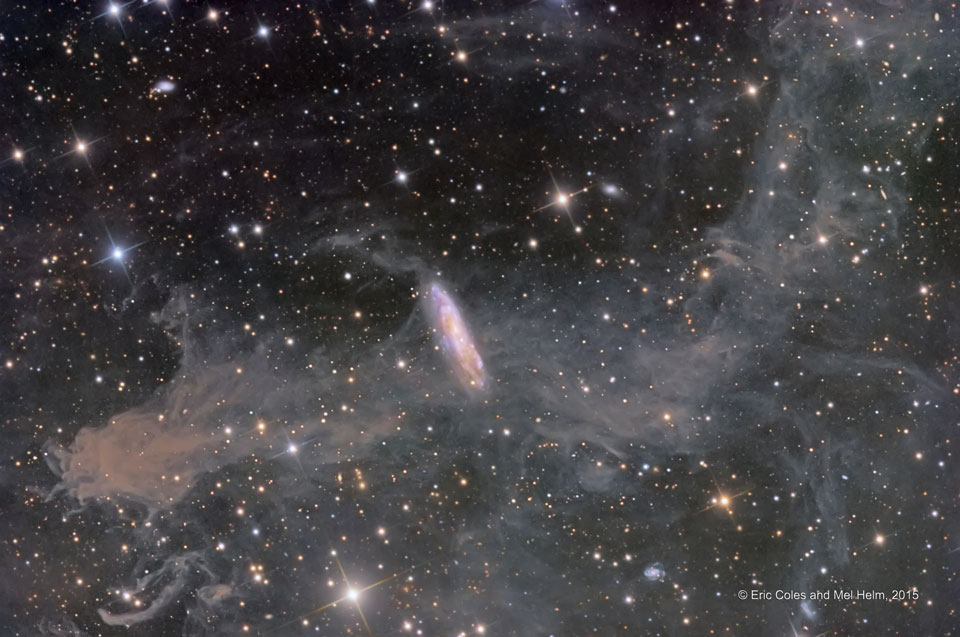 Explanation: Spiky stars and spooky shapes abound in this deep cosmic skyscape. Its well-composed field of view covers about a Full Moon on the sky toward the constellation Pegasus. Of course the brighter stars show diffraction spikes, the commonly seen effect of internal supports in reflecting telescopes, and lie well within our own Milky Way galaxy. The faint but pervasive clouds of interstellar dust ride above the galactic plane and dimly reflect the Milky Way's combined starlight. Known as high latitude cirrus or integrated flux nebulae they are associated with molecular clouds. In this case, the diffuse cloud cataloged as MBM 54, less than a thousand light-years distant, fills the scene. The galaxy seemingly tangled in the dust is the striking spiral galaxy NGC 7497 some 60 million light-years away. Seen almost edge-on near the center of the field, NGC 7497's own spiral arms and dust lanes echo the colors of the Milky Way's stars and dust.