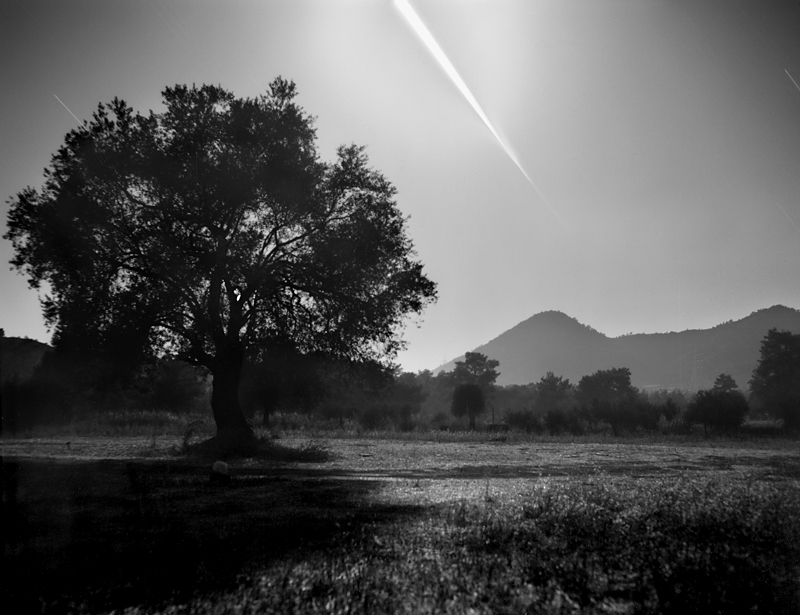 Explanation: On September 27/28, from all over the planet's nightside moon watchers enjoyed a total lunar eclipse. The dramatic celestial spectacle was widely imaged, but this lunar eclipse picture may look a little strange and unfamiliar, made with a point and shoot camera of a bygone era. Loaded with a 4x5 inch sheet of film, the Speed Graphic camera was fixed to a tripod on the Island of Cyprus. Its shutter locked open for 90 minutes, it recorded the trail of the Full Moon at perigee from the beginning of the partial eclipse phase (top) until mid-totality found the Moon near the western horizon. Entering Earth's shadow, the Moon grew dimmer and its moontrail narrower as the eclipse progressed.