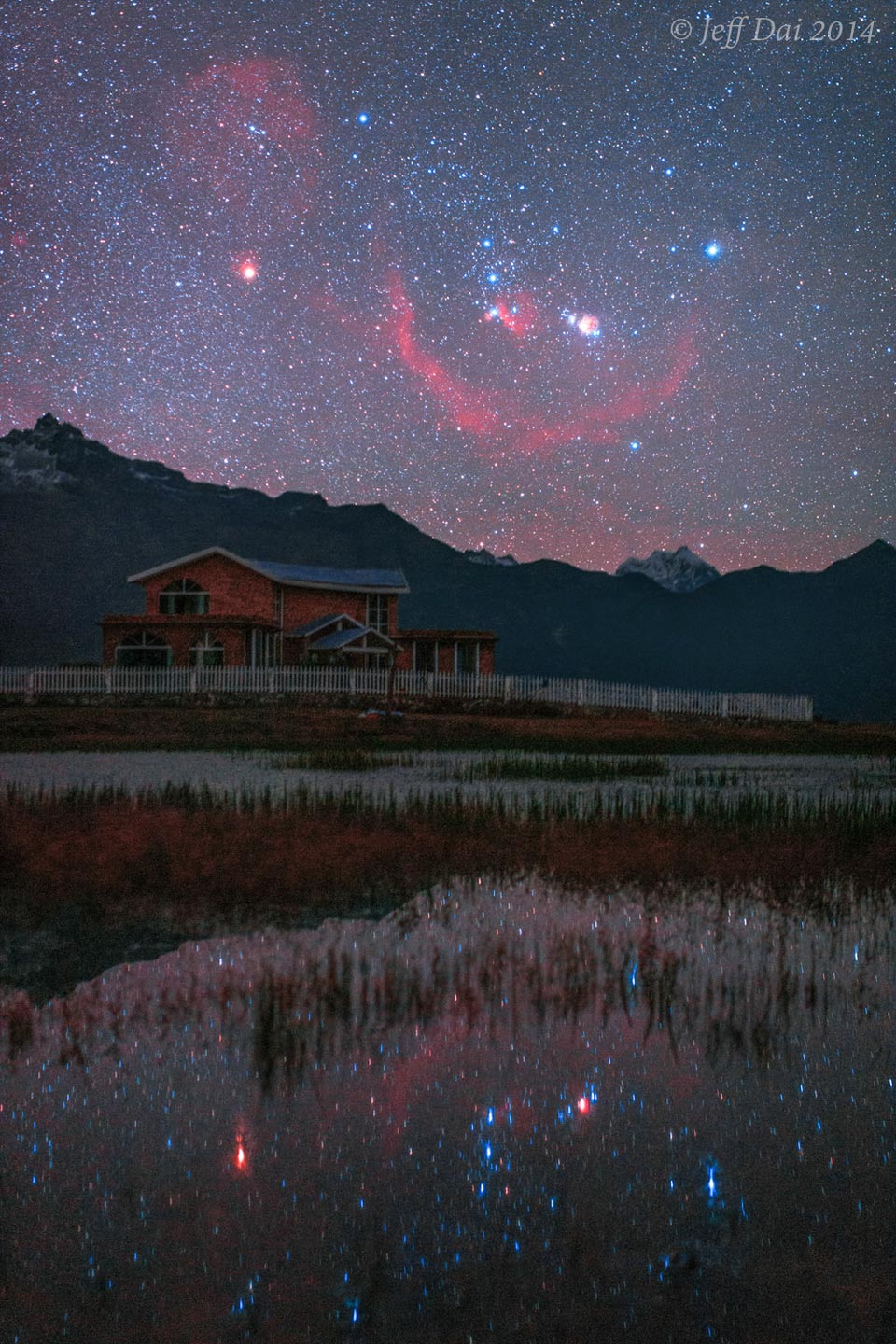 Orion Over and Under Tibet
Image Credit & Copyright: Jeff Dai

Explanation: This night was so serene you could see Orion rise downwards. The unusual spectacle was captured in this single-exposure image, featuring a deep sky around the famous constellation of Orion that appeared both above -- and reflected in -- a peaceful lake in the Gyirong Valley of Tibet, China. Taken last year at this time, the three belt stars of Orion can be seen lined up almost vertically above and below the Himalayan Mountains. The complex Orion Nebula can be seen to the belt stars' right, while the red-glowing circular structure surrounding Orion is Barnard's Loop. Also, the bright red star Betelgeuse is doubly visible on the image left, while bright blue Rigel appears twice on the image right. Familiar Orion is becoming increasingly visible as Winter (Summer) descends on the Northern (Southern) hemisphere.