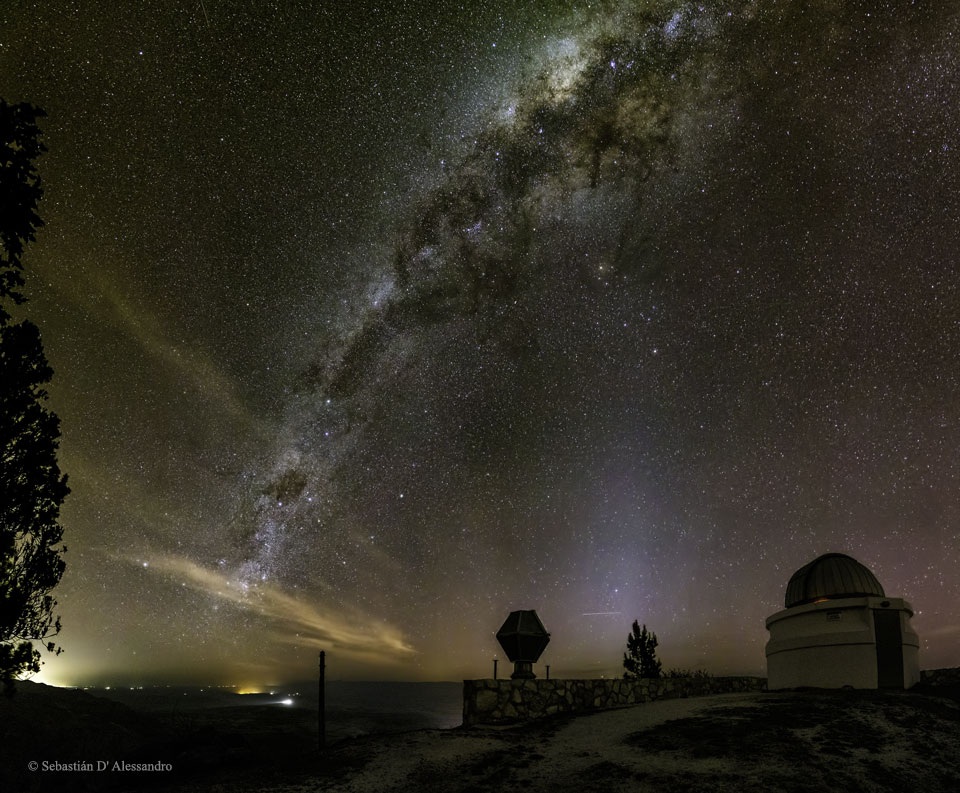 Explanation: What are those streaks of light in the sky? First and foremost, the arching structure is the central band of our Milky Way galaxy. Visible in this galactic band are millions of distant stars mixed with numerous lanes of dark dust. Harder to discern is a nearly vertical beam of light rising from the horizon, just to the right of the image center. This beam is zodiacal light, sunlight scattered by dust in our Solar System that may be surprisingly prominent just after sunset or just before sunrise. In the foreground are several telescopes of the Bosque Alegre Astrophysical Station of the National University of Cordoba in Argentina. The station schedules weekend tours and conducts research into the nature of many astronomical objects including comets, active galaxies, and clusters of galaxies. The featured image was taken early this month.