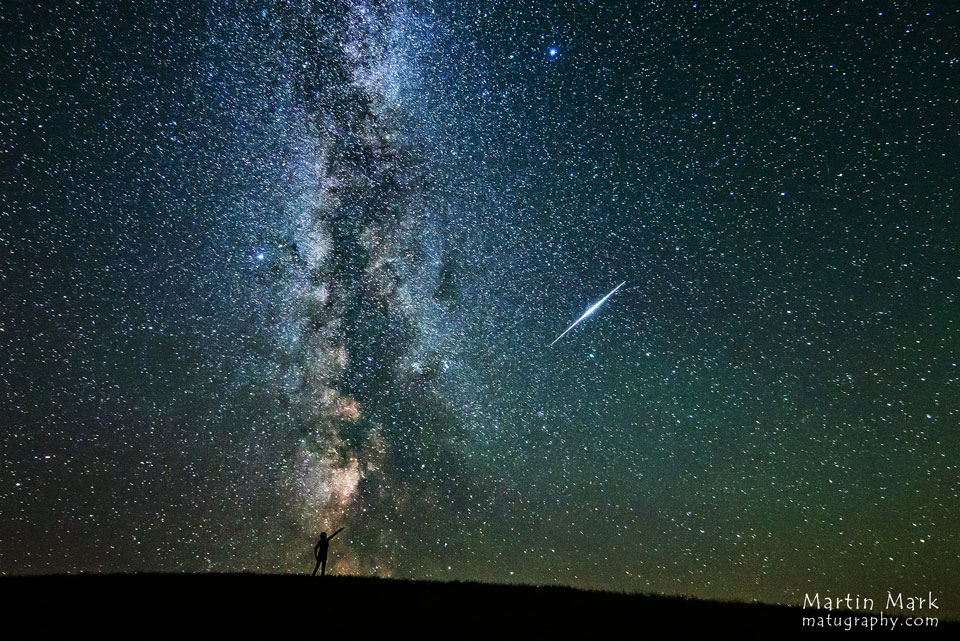 The Flare and the Galaxy
Image Credit & Copyright: Martin Mark

Explanation: Is this person throwing a lightning bolt? No. Despite appearances, this person is actually pointing in the direction of a bright Iridium flare, a momentary reflection of sunlight off of a communications satellite in orbit around the Earth. As the Iridium satellite orbits, reflective antennas became aligned between the observer and the Sun to create a flash brighter than any star in the night sky. Iridium flares typically last several seconds, longer than most meteors. Also unlike meteors, the flares are symmetric and predictable. The featured flare involved Iridium satellite 15 and occurred over southern Estonia last week. In this well-planned image, a spectacular night sky appears in the background, complete with the central band of our Milky Way Galaxy running vertically up the image center.