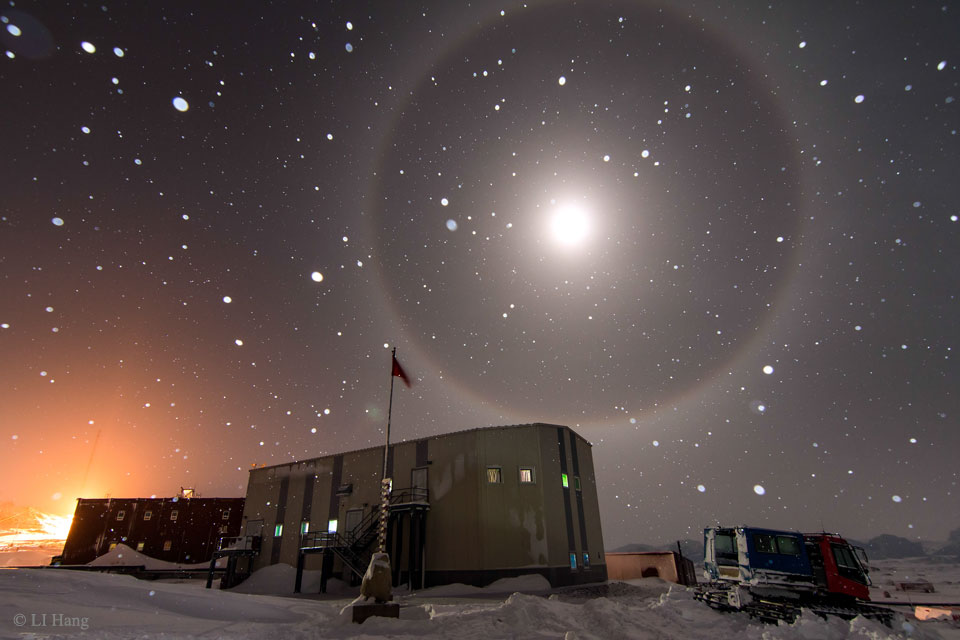 Explanation: Have you ever seen a halo around the Moon? Such 22 degree rings around the Moon -- caused by ice crystals falling in the Earth's atmosphere -- are somewhat rare. OK, but have you ever seen a blue moon? Given the modern definition of blue moon -- the second full moon occurring in a calendar month -- these are also rare. What is featured above might therefore be considered doubly rare -- a halo surrounding a blue moon. The featured image was taken late last month near Zhongshan Station in Antarctica. Visible in the foreground are a power generating house and a snowmobile. What might seem to be stars in the background are actually illuminated snowflakes near the camera.