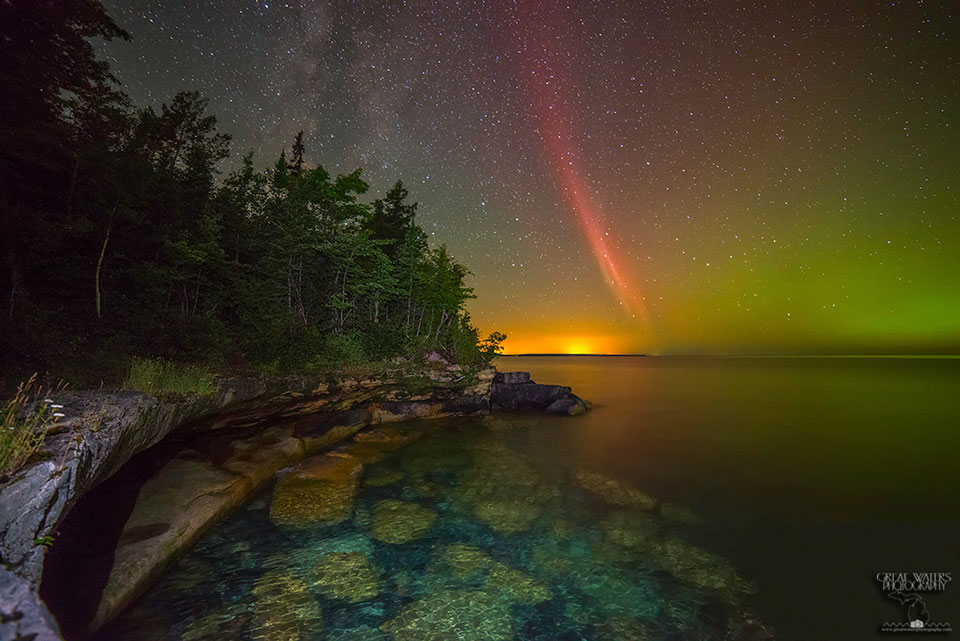 Explanation: The setting had been picked out -- all that was needed was an aurora. And late last August, forecasts predicted that an otherwise beautiful night sky would be lit up with auroral green. Jumping into his truck, the astrophotographer approached his secret site -- but only after a five hour drive across the rural Upper Peninsula of Michigan. What he didn't know was that his luck was just beginning. While setting up for the image, a proton arc -- a rare type of aurora -- appeared. The red arc lasted only about 15 minutes, but that was long enough to capture in a 30-second exposure. As the name indicates, proton arcs are caused not by electrons but by more massive protons that bombard the Earth's atmosphere following an energetic event on the Sun. In the featured image, the yellow lights on the horizon are the city lights of Marquette, Michigan, USA. The blue and yellow rocks in the Lake Superior foreground are lit by a LED flashlight. Also captured, to the left of the red proton arc, was the band of our Milky Way Galaxy.