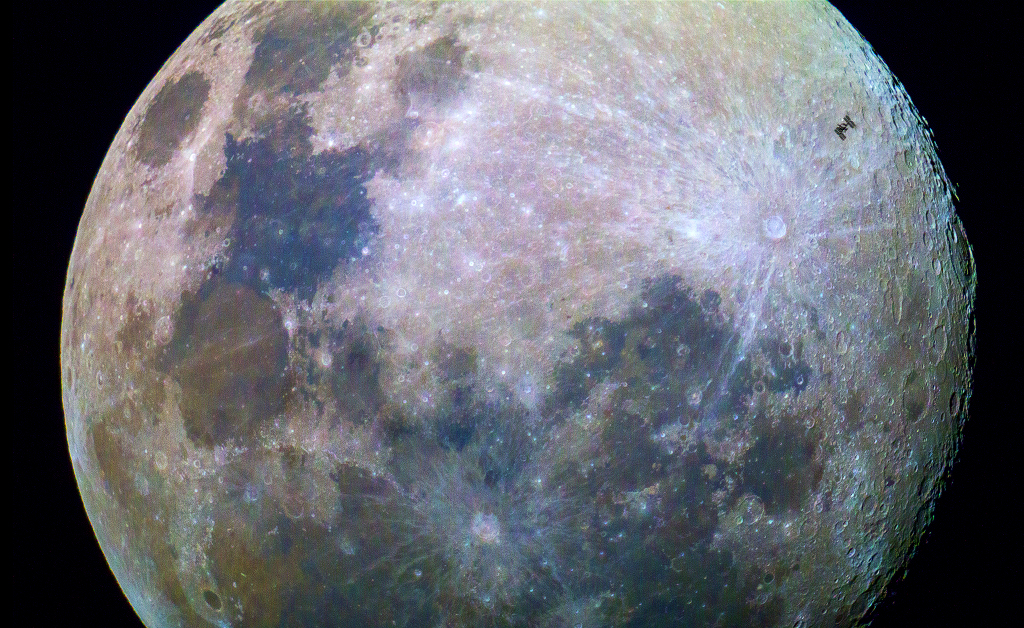 Explanation: Tonight's Full Moon, the second Full Moon in July, could be called a blue moon according to modern folklore. But this sharp and detailed mosaic, recorded with telescope and digital camera just before July's first Full Moon, actually does show a colorful lunar surface. The colors have been enhanced in the processed image but are real nonetheless, corresponding to real differences in the chemical makeup of the lunar surface. Also easy to see especially when the Moon is near full phase, bright rays from 85 kilometer wide Tycho crater at the upper right extend far across the lunar surface. Against the southern lunar highlands above and right of Tycho is an amazingly detailed silhouette of the International Space Station. Seen from Byron Bay, NSW Australia on June 30, the ISS lunar transit lasted about 1/3 of a second, captured with a fast shutter speed in burst mode.