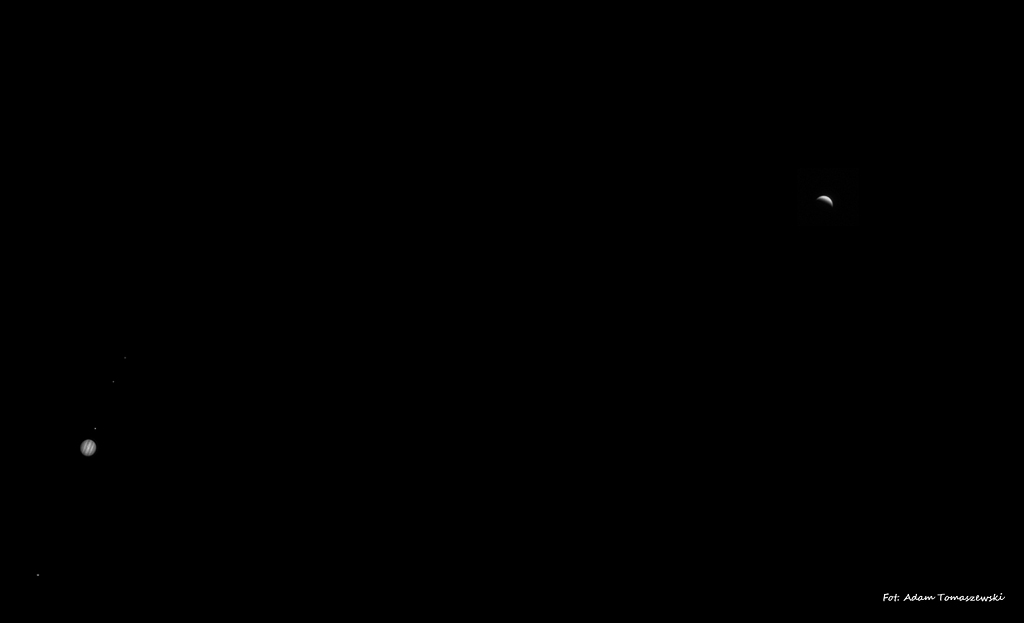 Explanation: On June 30 Venus and Jupiter were actually far apart, but both appeared close in western skies at dusk. Near the culmination of this year's gorgeous conjunction, the two bright evening planets are captured in the same telescopic field of view in this sharp digital stack of images taken after sunset from Poznań in west-central Poland. In fact, banded gas giant Jupiter was about 910 million kilometers from Poland. That's over 11 times farther than crescent Venus, only 78 million kilometers distant at the time. But since the diameter of giant planet Jupiter is over 11 times larger than Venus both planets show about the same angular size. Of course, 16th century Polish astronomer Nicolaus Copernicus would also have enjoyed the simultaneous telescopic view including Jupiter's four Galilean moons and a crescent Venus. Observations of Jupiter's moons and Venus' crescent phase were evidence for the Copernican or heliocentric model of the solar system.