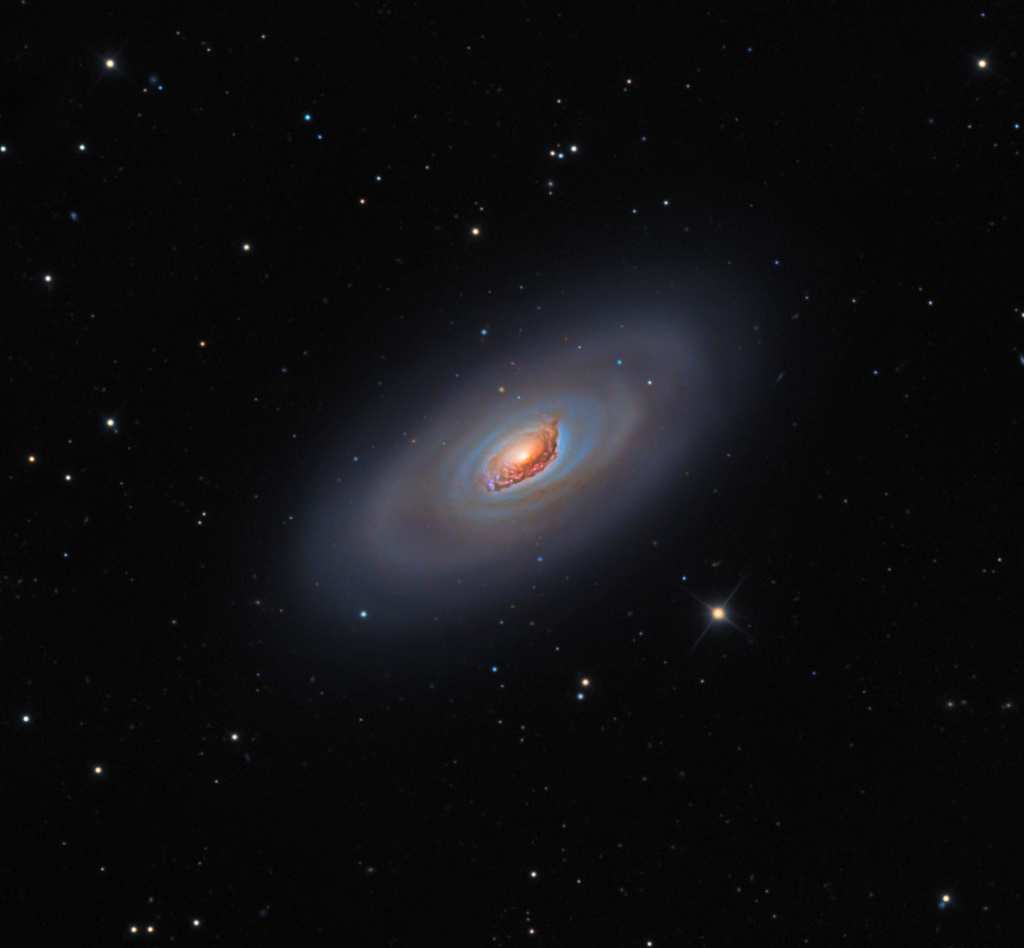 Explanation: This big, bright, beautiful spiral galaxy is Messier 64, often called the Black Eye Galaxy or the Sleeping Beauty Galaxy for its heavy-lidded appearance in telescopic views. M64 is about 17 million light-years distant in the otherwise well-groomed northern constellation Coma Berenices. In fact, the Red Eye Galaxy might also be an appropriate moniker in this colorful composition. The enormous dust clouds obscuring the near-side of M64's central region are laced with the telltale reddish glow of hydrogen associated with star forming regions. But they are not this galaxy's only peculiar feature. Observations show that M64 is actually composed of two concentric, counter-rotating systems. While all the stars in M64 rotate in the same direction as the interstellar gas in the galaxy's central region, gas in the outer regions, extending to about 40,000 light-years, rotates in the opposite direction. The dusty eye and bizarre rotation are likely the result of a billion year old merger of two different galaxies.